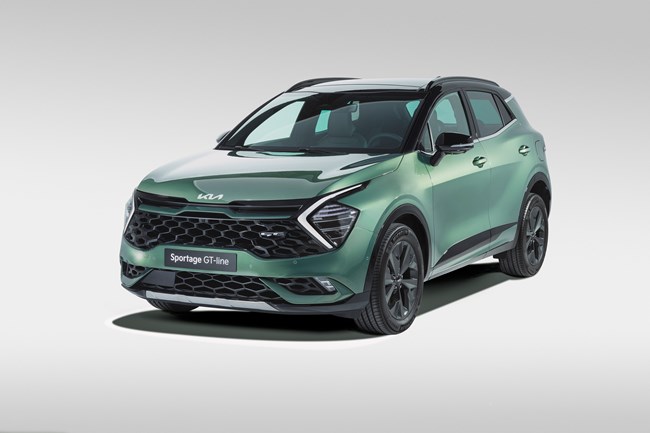 Kia has unveiled the new, fifth-generation version of its Sportage SUV.

For the first time, Kia says the new model has been designed specifically for the European market.

The PHEV will feature a 180hp petrol engine paired with a 66.9kW electric motor for a combined output of 265hp. It will have a 13.8kWh battery pack, but an electric driving range is yet to be announced.

The conventional hybrid will feature the same petrol engine with a 44.2kW electric motor, for a combined maximum output of 230hp.

Petrol mild hybrids with be available with 150hp or 180hp, and there will be diesel engines with 115hp and 136hp, the latter also available as a mild hybrid.

Kia says that compared with the outgoing model, the new Sportage will offer increased luggage capacity, as well as increased passenger legroom and headroom.

Interior technology includes a 12.3in infotainment touchscreen, with over-the air software and map updates, and 12.3in digital instrument cluster.

An electronic suspension system has been designed to improve comfort and safety with real-time damping control, and a new Terrain Mode will help the Sportage deal with snowy, muddy, or sandy conditions.

UK specs and prices are yet to be announced.