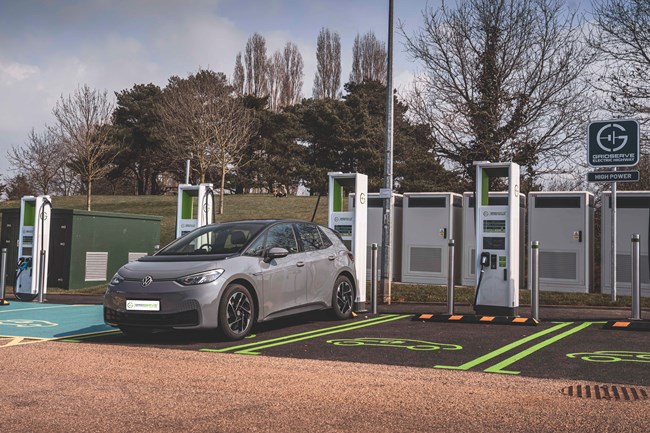 EV charging firm Gridserve says it has completed a programme of upgrading chargers across the UK motorway network.

Since Gridserve took over the Electric Highway network, based at motorway service stations, in June last year, it says more than 300 medium-power chargers have been replaced, and now provide contactless card payment, 24-hour support, and real-time status updates.

The upgrades to the existing chargers come alongside a programme of new high-power charger hub installations, offering speeds of up to 350kW. Hubs, consisting of at least six chargers, are already operational in Swansea, Exeter, and Burton-in-Kendal, and a further nine are under construction.

Gridserve has also announced a new roll-out of dual charging for its medium-power chargers, which will double the number of cars that can be charged at once at each location.

Gridserve CEO Toddington Harper said: "As an early adopter of electric vehicles myself, the Electric Highway network played an essential role in enabling me to make the switch. However those days are long gone and Gridserve's focus is delivering an EV charging network fit for purpose to support the mass-market transition to electric vehicles. "Headwinds caused by global supply chain issues, manufacturing and transportation delays, compounded with new contractual issues to work through, made completing our upgrade plans more challenging than we had initially anticipated, so we are really pleased to be able to celebrate this milestone today.

"We've had great feedback from drivers on both the network upgrades and also on our new high-power Electric Hubs, which provide the best possible charging experience, and are already enabling more drivers to travel quickly and comfortably around the UK."