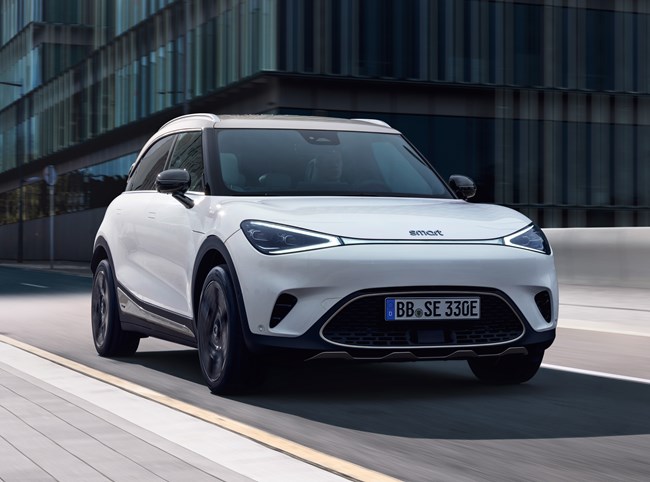 Smart has unveiled the #1, its new electric SUV.

The launch version of the model will feature a 272hp rear-wheel drive powertrain, with a 66kWh battery giving a provisional range of 260-273 miles on the WLTP cycle.

It will be capable of a 10-80% recharge in three hours using a 22kW AC charger, or in less than 30 minutes using a DC super-fast charger.

While Smart is best known for very small city cars, the new #1 is 4,270mm long, 1,822mm wide and 1,636mm tall, making it comparable with conventional small SUVs such as the Peugeot 2008 and Renault Captur. A boot capacity of between 273 and 411 litres is quoted thanks to a sliding rear bench seat.

Smart says the #1 will feature an intelligent avatar companion with AI-based voice control within its user interface, and will be compatible with over-the-air updates allowing more than 75% of the car's systems to be upgraded remotely.

Other technology features include a 12.8in touchscreen, a 9.2in driver display and a 10in head-up display, while driver assistance systems include adaptive cruise control with stop and go, active lane keeping, and blind spot assist.

Smart says the #1 is set to complete European homologation in the second half of 2022. UK specs, prices, and an on-sale date are yet to be announced.