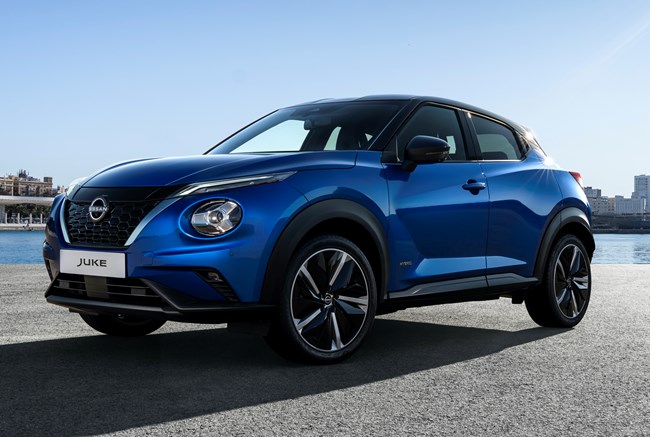 Nissan is introducing a new hybrid version of its Juke small SUV.

The new powertrain will feature a 94hp petrol engine with two electric motors - a main 49hp motor, and a 15kW starter/generator.

According to Nissan, the resulting powertrain will provide 25% more power than the current petrol-engined Juke, with a fuel consumption reduction of up to 40% on an urban cycle, and 29% combined.

Provisional combined fuel economy and CO2 emissions figures are 54mpg and 118g/km respectively, with homologated figures yet to be confirmed.

The hybrid will come with a 1.2kWh battery, and be capable of speeds up to 34mph in pure electric mode. Nissan says that in testing, its engineers found up to 80% of urban driving could be completed on the battery alone.

At 354 litres, boot capacity is down by 68 litres compared with the petrol Juke, due to the need to accommodate the hybrid battery.

UK prices and an on-sale date are yet to be announced.