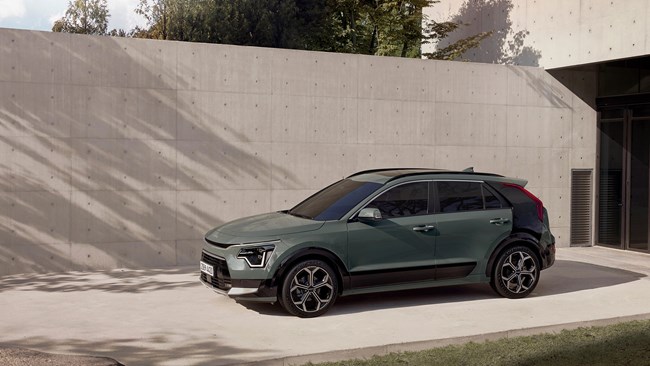 Kia has announced details of the new, second-generation version of its Niro crossover.

As with the previous model, the new Niro - first unveiled later last year - will be available as a conventional hybrid, plug-in hybrid, and pure EV, but only the conventional hybrid model has been revealed for now, with the other powertrains to follow at a later date.

The hybrid powertrain features a 1.6-litre, 105hp petrol engine, which is paired with an electric motor for a combined maximum output of 141hp.

Compared with the first-generation Niro, the new model is 65mm longer, 20mm wider, 10mm taller, and has a 20mm longer wheelbase, while a boot capacity of 451 litres is a 15-litre increase.

The interior features a panoramic HD screen integrating both the instrument cluster and infotainment features.

The new Niro will go on sale in Kia's home market of Korea later this month, with a global market launch to follow later this year.