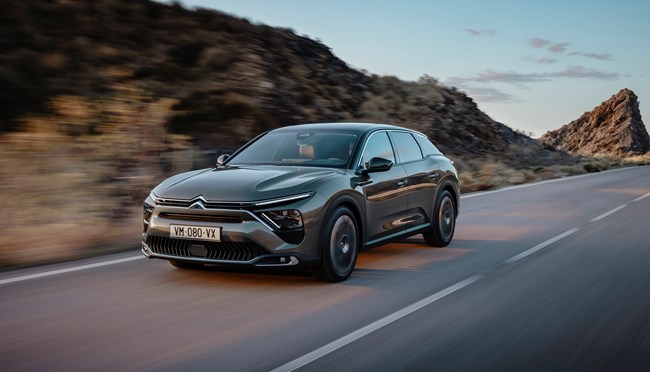 Citroen has announced full UK sale details for its new C5 X crossover, which is available to order now.

Described by Citroen as the new flagship model in its range, the C5 X comes with a choice of 130hp or 180hp petrol engines, or a 225hp plug-in hybrid powertrain - the latter offering a battery-only range of up to 34 miles.

There's a choice of three equipment grades - Sense Plus, Shine, and Shine Plus.

The first deliveries are expected in late Spring.