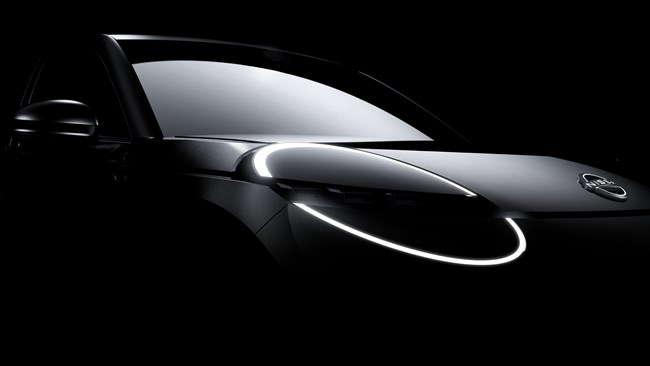 The Renault, Nissan and Mitsubishi Alliance has announced plans to introduce 35 new EVs by 2030.

A newly-announced roadmap for the next eight years will see the manufacturers focusing on electrification, alongside intelligent and connected mobility.

Among the new EVs will be a new small Nissan (pictured), which the manufacturer says will be the replacement for the Micra.

This new model will be built on one of five shared platforms, which will form the basis for 90% of the Alliance's upcoming EVs.

This sharing of common platforms will also be seen through a target for more than 80% of all Alliance vehicles to use shared platforms by 2026, up from 60% today.

It is not clear how many of the new models will come to the UK, with Mitsubishi having withdrawn from the new car market here last year.

The Alliance, which is planning a 23 billion euro investment in EVs over the next five years, also says it is working with common partners to save on battery costs, predicting a 50% saving by 2026 and a 65% saving by 2028. It says by 2030, it will have a 220GWh battery production capacity for EVs around the world

In addition, the Alliance is pursuing solid state battery technology - said to provide double the energy density as current lithium-ion batteries, while cutting charging times by two-thirds - with the aim of beginning mass production by mid-2028.

As for connectivity, by 2026 the Alliance expects to have more than 10 million vehicles on the road with autonomous driving systems, and 25 million connected to the Alliance Cloud.

By 2025, the Alliance says it will have launched its first full software-defined vehicle, allowing over-the-air performance updates to offer enhanced services and reduced maintenance costs.

Alliance chairman Jean-Dominique Senard said: "Among the world's automotive leaders, the Renault-Nissan-Mitsubishi Alliance is a proven, unique model. For 22 years, we have been building on our respective cultures and strengths for our common benefit.

"Today the Alliance is accelerating to lead the mobility revolution and deliver more value to customers, our people, our shareholders and all our stakeholders. The three member-companies have defined a common roadmap towards 2030, sharing investments in future electrification and connectivity projects.

"These are massive investments that none of the three companies could make alone. Together, we are making the difference for a new and global sustainable future; the Alliance becoming carbon neutral by 2050."

The new Nissan Micra replacement will be bult on the CMF-BEV platform, also set to be used by the new electric Renault 5, and due for introduction in 2024, with both the Micra replacement and the 5 to be built at Renault's Electricity plant in Northern France.

The Alliance says the platform will offer up to 248 miles of driving range on a single charge, with costs reduced by 33% and power consumption by more than 10% compared with the current Renault Zoe.

Among the other platforms included in the roadmap are the CMF-AEV platform, which the Alliance claims to be the most affordable platform in the world and is the base for the new Dacia Spring, and the KEI-EV platform, designed for ultra-compact cars.

There's also the CMF-EV platform, which forms the basis for soon-to-arrive models including the Nissan Ariya SUV and the Renault Megane E-Tech Electric, and finally the LCV-EV platform, designed for vans.