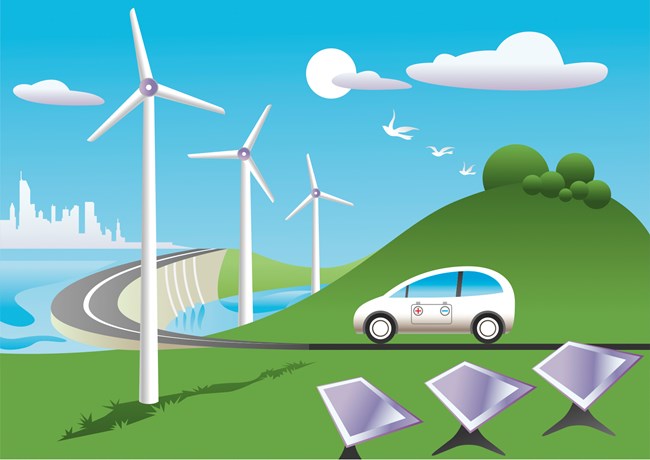 Switching EV adoption in the UK to a battery-as-a-service (BAAS) model could be a big boost to the market, according to a new report.

It is argued that switching to the model, which enables EV owners to swap out depleted batteries for fully charged ones at a service station via a subscription service, could reduce the upfront cost of EVs by 30%, and help with progress towards the UK Government's target of stopping new petrol and diesel car sales by 2030.

The report, entitled 'Battery-as-a-service: An unexplored opportunity?', has been produced by research company Cornwall Insight and law firm Shoosmiths, and questions why the model, which is currently being used at scale in China, has yet to take off in the UK, amid continuing questions about the adequacy of charging infrastructure provision.

As well as being replaceable, BAAS batteries can still also be charged using regular EV chargers, which the report argues allows them to complement infrastructure that has already been installed.

As well as the potential 30% price reduction for EVs, the report also argues that the battery subscription approach provides greater flexibility for buyers.

BAAS is also said to address range anxiety, since a depleted battery can be swapped for a fully-charged one in a matter of minutes, and provide a solution to charging in inner-city areas, where residents are often unable to charge at home.

The report also argues that BAAS offers flexibility to the electricity network, by allowing unutilised batteries to be discharged onto the grid at swap stations during peak hours, and provides battery recycling and reuse opportunities, such as using second life swappable batteries in an onsite storage facility at swap stations.

However, the report also highlights issues BAAS faces, such as a lack of battery standardisation across vehicle manufacturers, meaning swap stations are not currently scalable, with each station only able to service a specific make or model of car.

Other hurdles are said to include shortages of the raw materials needed to manufacture batteries, and uncertainty over battery ownership, especially when the EV is re-sold. Major investment is also said to be needed to develop and service the technology and infrastructure the model requires.

From a business adoption point of view, the report also notes that there could be concerns about the environmental footprint of battery swapping, with a surplus number of batteries needing to be held to meet demand, and batteries being under-utilised.

The report also states that more favourable engagement from the government would be required, with government intervention likely to be needed to help deliver the significant investment that would allow BAAS to be introduced.

Discussing deployment of BAAS, the report notes that most entrants into the market globally have focused on fleets, in particular taxi fleets. It says this is because such fleets often have a limited range or service patch in which they travel, so battery swap locations do not need to be very widely distributed, and the frequency of required battery swaps is also more predictable, while vehicle downtime is reduced compared with conventional charging.

The report argues that due to these advantages, a key way into the UK for BAAS could be via fleet charging, while it could also be a workable solution for car rental firms, which have a large density of vehicles in a very close location and a quick turnaround time. However, it was also noted that for BAAS to be of significant benefit to the leasing sector it would have to significantly reduce the cost of the vehicles.

Cornwall Insight lead research analyst Dr Matthew Chadwick said: "The UK faces many hurdles in its strive to increase the number of EVs, with many consumers put off by the high prices and lack of charging infrastructure.

"A switch to the BAAS model, while still at the beginning stages of development, has the potential to encourage EV uptake as costs, rather than being all upfront, are spread more evenly through a subscription service. The system of service stations would also work to cull range anxiety - often cited as a reason not to switch away from petrol and diesel cars.

"Moving to the battery swap model would not be an easy transition and any success would rely on EV manufacturers co-operating in the standardisation of their car batteries, as well as working through a number of other concerns. However, the government's target to put an end to the sale of all new petrol and diesel cars by 2030 is very ambitious, and it is clear that sticking to a purely charging EV model, with the need to roll out extensive charging infrastructure, will likely lead to the target being missed.

"The BAAS model has the potential to be the out of the box thinking needed to increase EV sales, take the pressure off the infrastructure programme, and help the government deliver on its promise to lower emissions and reach net zero."

Shoosmiths partner and head of mobility Jonathan Smart said: "By 2030, up to 14 million EV's could be on the road in the UK. A minimum of 300,000 public chargepoints will be needed to support those vehicles, however, the ratio of EV chargepoints to plug-in cars is deteriorating - down 31 per cent in 2020 alone.

"Any shortfall in charging infrastructure could hamper the roll out of EVs and journey towards net zero.

"The BAAS model is not in opposition to traditional charging infrastructure. Rather, as this report shows, it can complement the existing system by helping meet demand in specific areas, such as city centres where access to plug in charging can be limited.

"The growth of BAAS in the UK is reliant on creating a supportive regulatory environment in which companies across the mobility sector can collaborate. We believe this report can spark the conversation needed to drive change, while encouraging increased research and development into BAAS and the role it could play as part of the UK's EV infrastructure."