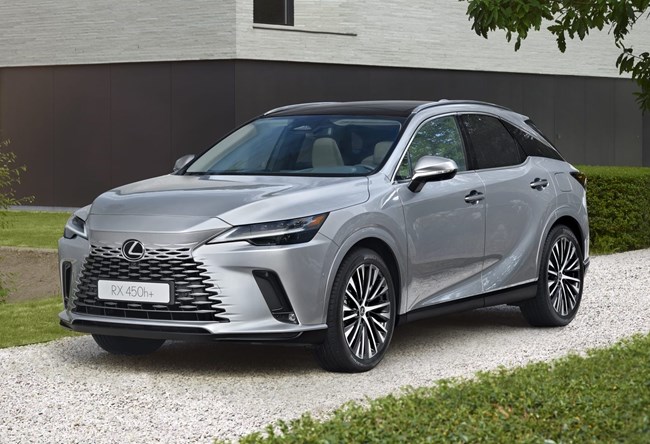 Lexus has unveiled the new, fifth-generation version of its RX SUV.

Compared with the outgoing model, the new RX, which is built on a new platform, is lighter and has a longer wheelbase, with the latter allowing improved interior space.

Three powertrain options will be available - a plug-in hybrid and two conventional hybrids.

The PHEV pairs a 2.5-litre petrol engine with two electric motors, offering a combined 306hp, and a targeted pure electric driving range of 40 miles thanks to an 18.1kWh battery. Provisional fuel economy and CO2 emissions figures are 235.4-256.8mpg and 24-26g/km respectively.

The new RX's interior will feature a 14in infotainment touchscreen as standard, with sat-nav and cloud services, and a CPU running 3.6 times faster than the outgoing version.

Safety systems include an improved pre-collision system, which has increased capability to detect motorcycles and other objects in the car's path, and can now recognise oncoming traffic or pedestrians when turning at junctions.

UK specs, prices and an on-sale date for the new RX are yet to be announced.