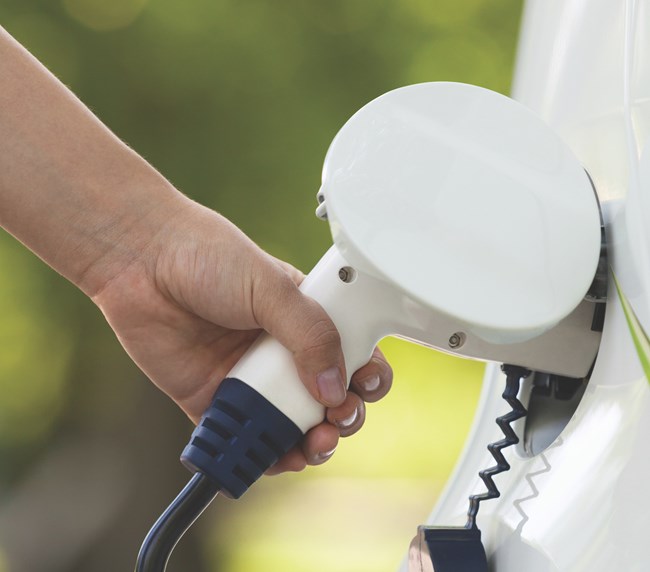 The UK Government has announced an immediate end to grant support for plug-in car purchases.

The government said that it had always been clear the grant support was temporary, and that previous reductions in the level of the grant had done little to slow EV sales.

Grants will, however, continue for electric vans, taxis, motorcycles, and wheelchair-accessible vehicles.

Transport Minister Trudy Harrison said: "The government continues to invest record amounts in the transition to EVs, with £2.5 billion injected since 2020, and has set the most ambitious phase-out dates for new diesel and petrol sales of any major country. But government funding must always be invested where it has the highest impact if that success story is to continue.

"Having successfully kickstarted the electric car market, we now want to use plug-in grants to match that success across other vehicle types, from taxis to delivery vans and everything in between, to help make the switch to zero emission travel cheaper and easier."

Reacting to the announcement, Association of Fleet Professionals chair Paul Hollick described the move as "premature".

He said: "The various tax incentives and grants that have been made available to speed EV adoption are playing an important part in businesses and their drivers choosing electric cars.

"At a time when both vehicle prices and costs are rising, the removal of the grant makes the process of electrification notably more expensive at the sub-£32,000 end of the market where it applied.

"Our worry is that there is a general belief among government decision makers that the EV company car market now has sufficient momentum and can be left to its own devices. We are concerned that similar moves may be made around benefit-in-kind taxation from the middle of the decade, which is an area where we feel there very much needs to be a 'soft landing' over time."

Hollick said the government should note that, while the impetus behind EV use by businesses was partially driven by environmental concerns, it was also motivated by financial advantages.

He continued: "If the sums for operating EVs don't stack up, adoption could very well slow down.

"Of course, all of this is happening against a backdrop of EVs of all kinds simply becoming very hard to get hold of, which further complicates the issue. Anyone ordering an electric company car today will likely not receive it for a year and could still be driving it in 2027-28.

"That creates a long-term financial risk for employers and drivers that is extremely difficult to forecast."

Giving his reaction, BVRLA director of corporate affairs Toby Poston was broadly supportive of the government's electrification priorities, but still raised some concerns about the grant's withdrawal.

He said: "This move has been well signposted and it is right that the government prioritises its electric vehicle subsidies towards vans and charging infrastructure, where they are needed most.

"Although the grant was small and only a handful of electric vehicles were eligible, its withdrawal will be a symbolic moment that could damage confidence in the fragile EV market.

"Most demand for EVs is being driven by the favourable Benefit-in-Kind tax rates available to workers in company car or salary sacrifice schemes. As inflation surges and business and consumer confidence falls, Government needs to maintain these incentives if the country is to have any chance of hitting its ambitious decarbonisation targets.

"Our big concern is for the thousands of drivers that have already ordered EVs in good faith, expecting to get the benefit of the grant. The supply issues that continue to beset the automotive industry mean that many vehicle orders are being delayed or even cancelled. OZEV should review its decision to remove grant eligibility for vehicles delivered more than 12 months after an order was entered on the grant register."

Lex Autolease head of consultancy Ashley Barnett was another to welcome the government's prioritisation of charging infrastructure, however he also raised concerns about the impact on the industry during its current vehicle supply crisis.

He said: "We welcome today's announcement from the Government that will see it focus on improving the public charging infrastructure across the UK along with recognition of the work that still needs to be done to boost levels of electric vans, trucks and other vehicles, which still require further support to build the momentum we have seen in the transition to electric cars.

"Although it is unsurprising that the funding has been redirected from the plug-in car grant, removing the grant completely may impact EV affordability for these lower priced at a time when supply is constrained and market pricing pressures.

"However, it is reassuring that all existing applications for the grant will continue to be honoured and where a car has been sold in the two working days before the announcement, which hasn't been considered previously."

Giving his reaction, Volkswagen Financial Services EV consultant Mike Coulton said: "Whilst it should not come as a surprise to see the government have brought to a close the plug-in car grant, it is nonetheless hugely disappointing that more is not being done to encourage and support lower-income households in the transition to EVs.

"Maintaining or even increasing the grant for the least expensive EVs to make them more affordable, and encourage manufacturers to produce electric cars at a lower price-point, could have been a strong incentive to help adoption for this sector of the market. This in turn would help to remove older and dirtier ICE vehicles in the same way that scrappage schemes have successfully done in the past.

"That said, the government's focus on further improving public charging, whilst still incentivising adoption in other areas of the vehicle market such as LCVs is to be welcomed and encouraged.

"We would ask that further clarity is urgently provided in key areas, such as BIK rates beyond 2025, and a realignment of the Advisory Electricity Rate to reflect the costs of charging an EV away from home, for those who cannot make use of a cheaper overnight electricity tariff."