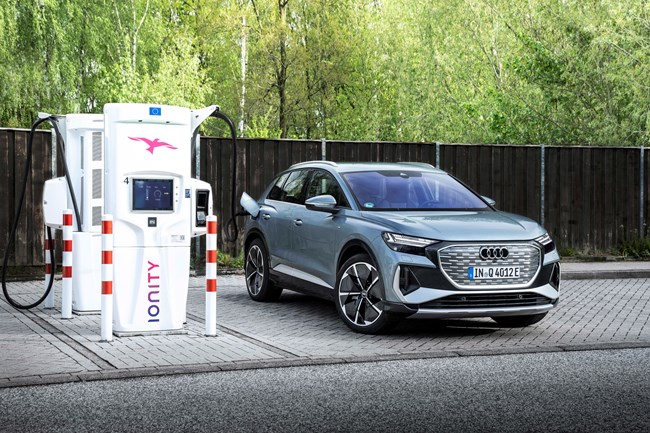 The upgraded charging capability applies to model badged 40 and 50, which are now compatible with 135kW charging, allowing a 5%-80% battery charge in 29 minutes for 40 models, and 36 minutes for 50s.

Audi says this has been achieved by introducing optimised software for the battery's thermal management and control systems.

In addition, the Amazon Alexa voice assistant has been integrated, allowing functions such as control of smart home devices from the car.

Also new is a bigger, 11.6in infotainment touchscreen - said to be the biggest ever fitted to an Audi car.

The free MyAudi app has also been updated, with new features such as pre-planned routes able to be sent directly to the car from the app, and the ability to plan charging stops based on current traffic levels.