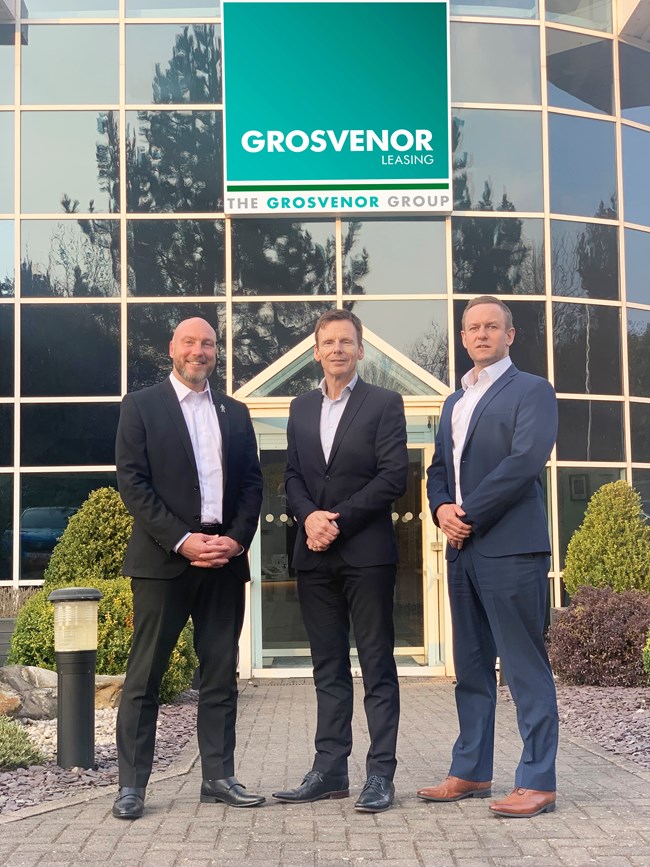 Three new senior appointments have been announced by Grosvenor Group.

All three are said to have played an important role in the Grosvenor Group's success during its 40-year history, with their new appointments following the death of previous CEO Shaun Barritt last month.

Hughes, who has been with the business for 36 years and worked closely with Barritt during that time, has been the group's retail franchise director since 2009, developing its multi-brand operations.

Brown joined in 2001, and during his time with the business has become managing director of its specialist fleet management business, Interactive Fleet Management, and head of its green solution 0Zone - positions he will maintain along with his new role.

Bolton joined Grosvenor in 1997 for an initial six-year spell, before returning in 2011 as head of corporate finance.

Grosvenor Group chairwoman Nicola Johnson said: "Shaun Barritt had a real ability to spot talented individuals, and coach, mentor and nurture them as they progressed into senior management positions.

"As a result, all of our senior leadership team have been with the business for decades, making the appointments of Nick, Lee and Giles a very natural progression for the business.

"It means, after a period of great sadness for everyone in our business, we now have a very robust, stable management structure, and because they are all internal appointments we will continue to grow based on the longstanding values that have been so important to our success to date."