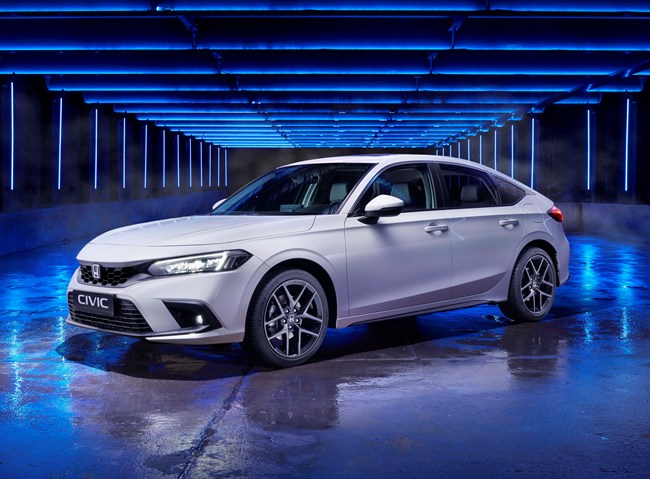 Honda has given a European unveiling to the new, 11th-generation version of its Civic family car, and also announced that three further electrified models will be arriving next year.

The new Civic, the first images of which were revealed last year, will go on sale this autumn, and for the first time will be hybrid-only.

It will be followed next year by an all-electric small SUV, a hybrid medium SUV, and the latest incarnation of its CR-V model, which will be available with hybrid and plug-in hybrid powertrains.

The new Civic's hybrid powertrain pairs a 2.0-litre petrol engine with two electric motors, with a combined output of 184hp, delivered through a fixed gear transmission, said to have been designed to minimise mechanical friction.

Honda says it is targeting CO2 emissions of less than 110g/km for the model on the official WLTP cycle.

The interior features a 9in touchscreen with wireless Apple Carplay and Android Auto connectivity, as well as a 10.2in driver display on higher-spec models.

A new package of driver assistance systems will also feature, thanks to the new Civic being equipped with front and rear sonar sensors for the first time.

UK prices and full specs are yet to be announced.