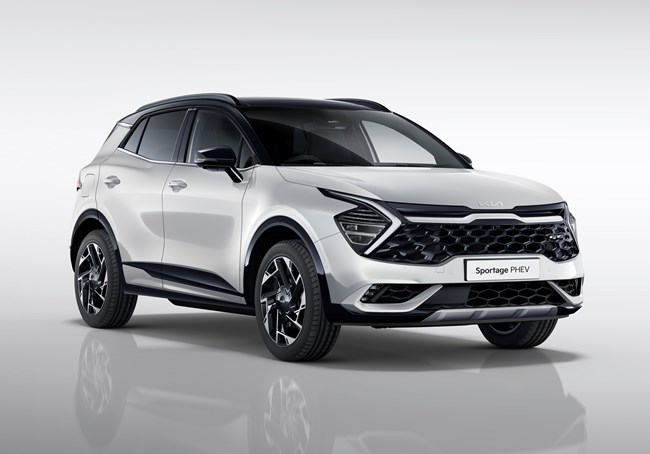 Kia has confirmed UK prices and specs for the new Plug-in Hybrid version of its Sportage SUV.

The new variant comes with a 13.8kWh battery pack, allowing an electric driving range of 43 miles on the official WLTP test cycle, which puts it in the 8% BIK company car tax bracket for 2022-23.

The Plug-in Hybrid has a 1.6-litre petrol engine and a 66.9kW electric motor, with a combined output of 265hp. A six-speed automatic gearbox is standard.

An on-board 7.2kW charger allows a full battery charge in one hour 45 minutes.

The first UK deliveries are expected next month.