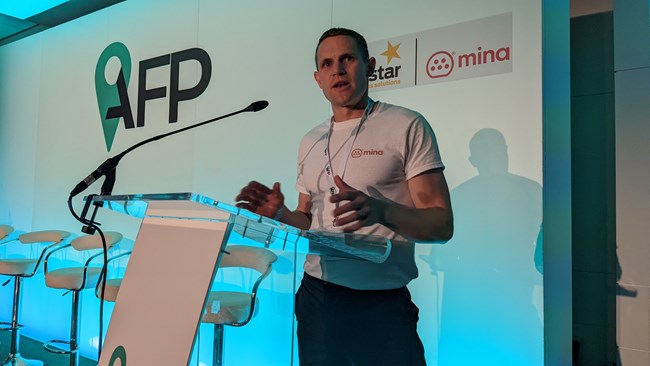 The Advisory Electricity Rate (AER), recommended by HMRC for EV mileage reimbursement, is not meeting the needs of fleets, it has been said.

The subject was among those discussed at this week's Association of Fleet Professionals (AFP) annual conference.

Discussing the rate, which is currently set at 5p per mile, Ashley Tate (pictured), CEO and co-founder of charging payment platform Mina, said it was not up to the job.

He said: "My opinion on AER is it doesn't work and it will never work. That's quite an extreme view, but I've heard conversations around having one [rate] for vans, one for cars - It's not really anything to do with the vehicle, it's to do with where you charge.

"You don't get swings of £1 a litre or £10 a litre in fuel, but you do get them in EV, so I think we have to move to a system where we are paying accurately for the actual electricity."

Another panellist, ISS head of fleet and travel Duncan Webb, said: "I think it's broken, but it has a place. Why they can't review it in the same routine as AFR, I don't know. Why they don't change the formula to include a bigger mix of on-road versus home charging, I don't know.

"It could be done within weeks if HMRC just engaged in that decision making, and it's unfair right now because the prices have jumped.

"I think it can have a place, and it can make a fleet manager's life easier, because it can be super-complex otherwise."

The conference also saw the AFP give an update on its kerbside charging project, which has seen it compile a database, based initially on information from major fleets, of where chargers are needed, with the organisation now appealing for all fleets to come forward with further data.

AFP chair Paul Hollick said that national fleets faced difficulties because of the responsibility given to local authorities for kerbside charging infrastructure.

"[The database] will significantly, hopefully, help the [charging] industry, to know where they want to invest their money.

"Charge point operators, government, local authorities - everybody will hopefully start to see this map and say yes, actually, we can understand where national fleets need charge points and this effectively will mean we get charge points we need."