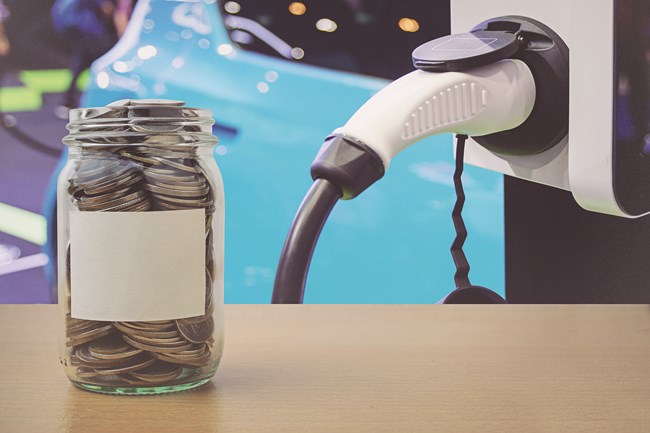 The average cost of using a public rapid EV charger has increased by 21% since September last year, according to the RAC.

The motoring organisation, which has launched a new initiative to monitor charging prices, said its assessment was based on pay-as-you-go, non-subscription charging, with the average price of a 23-90kW charge now at 44.55p per kWh, compared with 36.74p eight months ago.

The RAC said this equated to 10p per mile of range added, compared with 8p per mile in September - still way below the cost of filling a typical petrol or diesel car, at 19p per mile and 21p per mile respectively.

The RAC has attributed the price increases to the rising wholesale cost of electricity.

RAC spokesperson Simon Williams said: "Just as the price that drivers of petrol and diesel cars pay to fill up at the pumps is driven by fluctuations in the world oil price, those in electric cars are affected by gas and electricity prices. But while electric car drivers may not be immune from the rocketing price of wholesale energy - most notably gas, which in turn dictates the cost of electricity - there's no doubting that charging an EV still represents excellent value for money compared to filling up a petrol or diesel car.

"Unsurprisingly, our analysis shows that the quickest places to charge are also the most expensive with ultra-rapid chargers costing on average 14% more to use than rapid chargers. For drivers in a hurry though, or travelling a long distance, paying this premium might well be worth it with the very fastest chargers capable of almost completely replenishing an electric car's battery in a matter of minutes.

"Having said that, the most affordable way of charging an electric car isn't at a public charger - it's from home, where overnight electricity rates can be much lower than their public charger counterparts."

To help drivers unable to charge at home, the RAC has called for the rate of VAT applied to public charging to be cut from the current 20% rate to the 5% rate applied to domestic electricity.

Williams said: "We understand conversations have been had within government over this 'no driveway premium', but it's time there was an acceptance that a VAT rate that's more favourable to drivers who have their own off-street parking risks putting other drivers off making the switch.

"Given the cost-of-living crisis, it's surely only fair that everyone pays the same level of VAT no matter where they buy their electricity from."