Suzuki Swift Sports have always appealed to buyers looking for feisty hatchback thrills at an affordable price. Sadly, those days are now history, as the latest model has been subjected to an eye-watering price hike. Consequently, it is now priced perilously close to some formidable opposition, including Ford's brilliant Fiesta ST-Line. So, is the latest Swift Sport worthy of its new, elevated price tag?

Well, there have certainly been plenty of changes, including a new 1.4-litre turbocharged engine. Suzuki is keen to talk up how this engine develops far more torque than the previous naturally aspirated 1.6-litre engine - up from 160 to 230Nm.

This extra grunt can be felt almost immediately as the engine pulls strongly from low down and develops plenty of mid-range muscle; so much so there's little need to adopt the 'rev it to the stars' approach that the old 1.6 demanded. 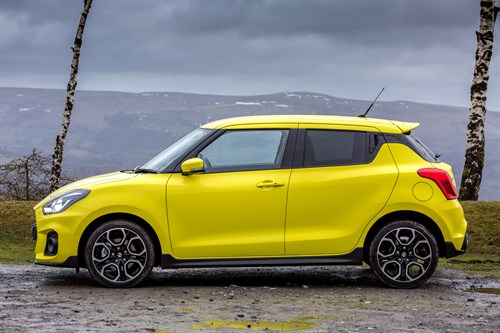 Not that performance has rocketed as a result. With a 0-62mph time of 8.1 seconds, the Sport remains brisk rather than ultra-rapid.

There are other benefits to the engine's greater low-down power delivery. The six-speed manual gearbox isn't the slickest to operate at higher revs, where it is harder work than it should be to select the right gear, so it's nice to have the option to ease the stick through the gearbox at lower revs.

The Sport's chassis settings are a bit of a conundrum. At low speed when driving around town, first impressions suggest the ride is rather firm; however, as speeds rise, the initial brittleness gives way to a plusher sensation. The advantage of this can be felt when driving down a typical rutted country road, where the Swift remains smooth and composed, but it also means a hint more body roll in the corners than you might expect. What's more, the steering doesn't feel particularly direct and the nose of the car doesn't change direction as rapidly as we'd ideally like.

Suzuki says one of its goals was to make the latest Swift Sport more visually distinct from the standard car than its predecessor was. On the outside, this means tweaks including a more prominent front grille and bumper, black skirts and a rear spoiler. Inside, there are stylish sports seats, red-trim accent panels, alloy pedals and a neatly proportioned sports steering wheel. Additional visual highlights include the watch-style silver and red speedometer and rev counter, which really look the business.

Less successful is the slightly contrived digital panel, which displays various sports-related read-outs, such as acceleration and braking input and a G-meter, but doesn't display more useful stuff like sat-nav instructions. This means you need to look down at the main touchscreen to see your directions, but even this is not straightforward, as the instructions are shown at the bottom right of the display, so the driver's left hand often blocks them out. At least the screen itself has reasonably sharp graphics, although it isn't particularly responsive.

In common with the standard Swift, interior space is OK, if not exactly commodious, while at 265 litres the boot is on the small side, compared with many rivals. When it comes to build quality, everything is well put together, but some of the plastics feel quite cheap.

The Swift Sport's relatively modest engine doesn't deliver the running cost savings that might be expected. A Ford Fiesta ST-Line with a 140hp engine, though nearly a second slower from 0-62mph, betters the Swift by more than 12mpg on a combined cycle, and emits 23kg/km less CO2. This means it sits five BIK bands lower, delivering savings on company car running costs, although, depending on the spec, the P11D is between £900 and £2,000 more. 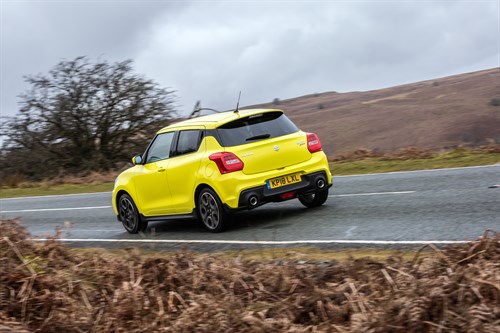 All this means that, although it has its charms, the Swift Sport doesn't deliver the value we were hoping for, and business drivers might be tempted to try out
the alternatives.