Can Audi's second-generation small car deliver on its high-end ambitions?

If you want a small car from a premium brand there are really only two options - BMW's Mini and the Audi A1. In terms of sales the Mini has had the edge - it was the UK's seventh-best-selling car in 2018 - but now Audi has produced this all-new A1 with which it is hoping to strike back.Sharing underpinnings with Volkswagen Group cousins the VW Polo and Seat Ibiza, it is a bit more conventional-looking than the Mini, but that doesn't mean it lacks style. So, does it have what it takes to dethrone its retro rival?

Well, the A1 certainly has practicality in its favour. Climb into the front and you are immediately struck by a sense of space - it feels like you are sitting in a car from a larger segment. You also notice the asymmetrical dashboard, which provides a striking aesthetic feature and usefully angles the infotainment touchscreen towards the driver. 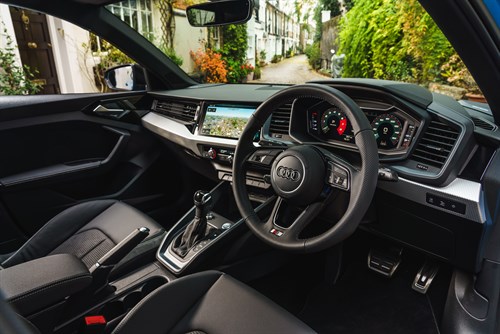 There is some cheap-feeling plastic on the doors, the lower dashboard and by the handbrake, but elsewhere the materials are high quality, and everything feels put together to the highest of standards - even things like the centre console buttons have a satisfying heft to them when pressed. Getting Audi's highly impressive sat-nav (with a larger screen and Virtual Cockpit display) means paying £1,650 for a Technology Pack, but an 8.8in screen with Apple Carplay and Android Auto compatibility is standard.

The aforementioned sense of space might not ring quite so true for passengers in the back, where headroom and legroom is merely adequate, but at least it is easy for them to get in - the new A1 is five-door only. At 335 litres the boot is a decent size - 57 litres up on the Mini, though slightly smaller than the Polo.

Go for a drive and the sense of helming a car from a bigger segment becomes even more apparent, as the A1's road manners are remarkably assured. With sport suspension - standard with the range-topping S Line equipment grade tested here - the ride is reasonably firm, but not uncivilised, staying composed over ruts and bumps. Throw nicely supportive S Line sports seats into the mix as well and long journeys shouldn't pose any problems. However, at motorway speeds quite a bit of tyre roar is audible in the cabin. 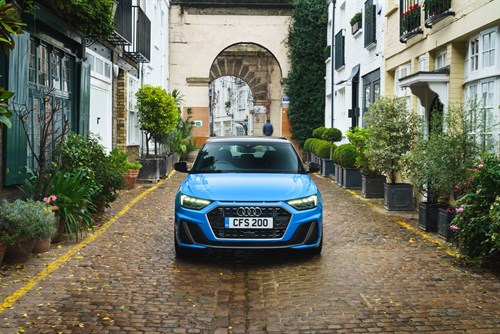 Current engine options with the new A1 - all petrol - are a 116hp 1.0-litre, a 150hp 1.5-litre, and a 200hp 2.0-litre, with a 95hp 1.0-litre also set to arrive soon. The 116hp unit tested here is refined, and has enough power to make the A1 feel nippy around town and keep up well with motorway traffic, even with several passengers on board. It is paired with a six-speed manual gearbox or, for around £1,500 more, a seven-speed auto, which operates smoothly most of the time, though it is a bit jerky when changing down for hills, and can be slightly hesitant at junctions. It is particularly good with adaptive cruise control - at £300 an option well worth having if the car is likely do any driving on busy motorways, since in heavy traffic it can slow or even bring the car to a dead stop and then accelerate away again without any driver input (it works down to 18mph with the manual box).

Head onto a back road, and while the A1 can't quite match the Mini for sporty handling it is still good to drive. With quick steering, it feels agile and willing to turn into corners, while still retaining its composure, making tackling a series of bends both satisfying and safe.

Competitive costs - but watch those options

The A1 also offers much in the way of satisfaction when it comes to the cost sheet. With official CO2 emissions of 110g/km, it is two BIK bands lower than the equivalent Mini Cooper Sport - although the Mini's engine produces 20hp more. 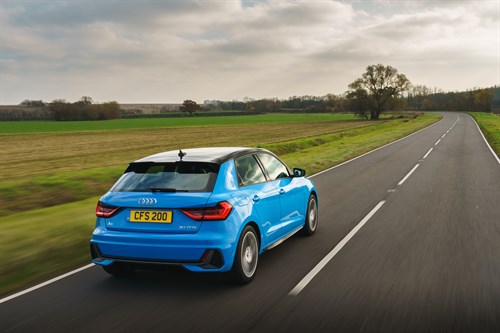 The Audi's official combined fuel economy figure also beats the Mini, by 6.6mpg, and the A1's predicted residual values are nearly 4% stronger, meaning it is projected to be 1.59 pence-per-mile cheaper to run. Of course, the less badge-conscious might consider a top-spec VW Polo, which offers much the same as the A1 with a £9 per month BIK saving at the 20% rate, although its cost-per-mile advantage is only just over 1p.

Another word of caution on the Audi - watch out for the options list, as injudicious box-ticking can send the price to ridiculous levels for a car this size, with our test car specced to nearly £30,000. Avoid that pitfall though, and as a premium small car the A1 makes a good case for itself.