Subtle exterior changes hide a host of engine and technology improvements in the latest Audi A4.

Anyone who has premium saloons and estates on their fleets will have noticed a flurry of activity during the last 12 months.

Last summer, the sector's bestseller in the UK, the Mercedes-Benz C-Class, underwent a significant update. At the beginning of 2019, the UK witnessed the arrival of the new BMW 3 Series, and this summer the new Volvo S60 saloon joined the V60 estate launched a year ago.
Jaguar updated the XE saloon this summer, while Audi will launch a revised version of the A4 in the autumn. 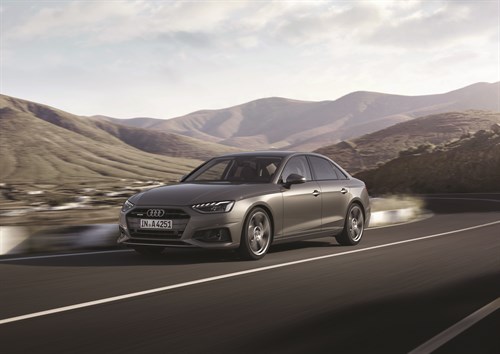 Audi, Jaguar and Mercedes-Benz are in the same camp in releasing an updated version of a current model - while BMW and Volvo had the luxury of investing in entirely new cars - and when you are restricted in many ways by the design of the current product, the options for improvement tend to be under
the skin.

However, these mid-life revisions are also opportunities to add value to a car that might have been launched at a particular price point and had the accountants calling for standard equipment to be removed that the sales and marketing executives might have wanted to be standard.

The forthcoming Audi A4 certainly appears to be better value than when it arrived in the UK at the start of 2016.

The standard equipment of the A4 gets a boost, with the features previously found in the technology pack fitted to the entry-level Technik grade. That means enhanced navigation and infotainment, and Audi's 12.3in 'virtual cockpit' digital configurable instrument display.

The design of the virtual cockpit display has been updated too, with an angular, asymmetrical layout if preferred, although we found it was possible to use a dual-dial configuration with traditional round rev counter and speedometer designs. 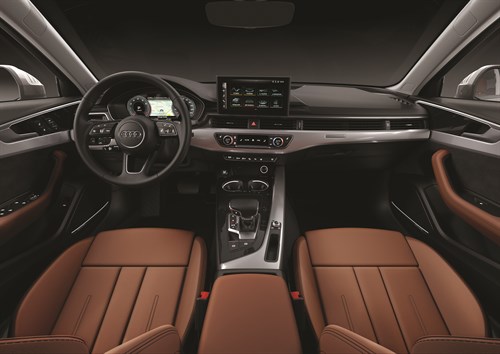 The new navigation screen is a touchscreen, so the place in the centre console previously occupied by the rotary controller and menu buttons is now a small, covered storage compartment. I struggled to think of what it could actually be used for, but maybe a small pack of tissues, or some sunglasses would sit in there well enough.

Thanks to mild hybrid technology (supplied by a 12V battery), CO2 emissions of these diesels (especially with the 17in or 18in wheels offered on the Technik and Sport grades) seem impressively low, with Audi quoting provisional figures ranging from 101g/km for the Technik to 110g/km for the S Line, Black Edition and Vorsprung grades. 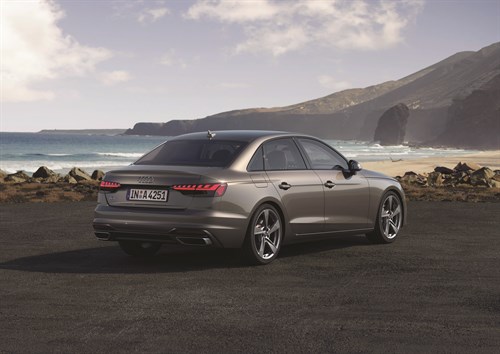 No word yet on when diesels will comply with the RDE2 emission rules and eliminate the 4% supplement payable on company car tax, but it seems all premium brands are playing catch-up with Jaguar's latest XE on that front.