The E-Tron marks Audi's entrance into the all-electric club, but does it have the ability and appeal to earn its place?

Say hello to the first all-electric car from Audi, and, perhaps unsurprisingly, it is a large SUV. The E-Tron rivals other premium EVs such as the Jaguar I-Pace and the Tesla Model X, but does it bring something extra to the all-electric party?

Take away some of the glitzy bits and it is actually a fairly conventional family SUV to look at, with 20in wheels as standard and LED headlights, as well as a charging point on either side of the car, which is useful. Inside you are immediately welcomed by the high build quality we have come to expect from Audi - half a step up from Jaguar and with clear blue water to Tesla - although, strangely, the steering wheel buttons feel a bit cheap. 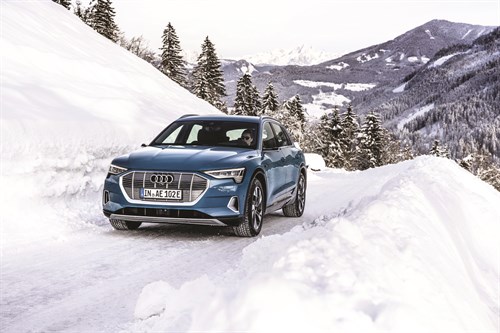 The E-Tron has plenty of tech in the cabin to remind you that you are in a cutting edge vehicle, with touches including a 10.1in touchscreen in the middle providing you with haptic feedback, and a secondary 8.6in screen below it. There are loads of other features you can add to your E-Tron, but as usual with Audi you have to pay for most of them - even adaptive cruise control, which comes included on cars much cheaper than this - as well as the side cameras, which are unfortunately also an extra. More about those later.

There is plenty of space inside for five passengers, with good headroom and legroom in the back and a generous boot offering 605 litres (expanding to 1,755 up to the roof with the rear seats folded), more than the 1,550 litres offered in the conventionally powered Audi Q5, or the 1,600-litre boot of the Mercedes GLC. There is also some handy space under the bonnet as all the motors and batteries are low down under the car.

Energy is provided by a 95kWh lithium-ion battery that powers two electric motors and delivers 408hp; however, most of the time it only delivers 360hp to minimise the battery discharge. When in 'S' or sport mode, the 0-62 sprint takes 5.7 seconds, not too bad considering the car weighs two and a half tonnes. 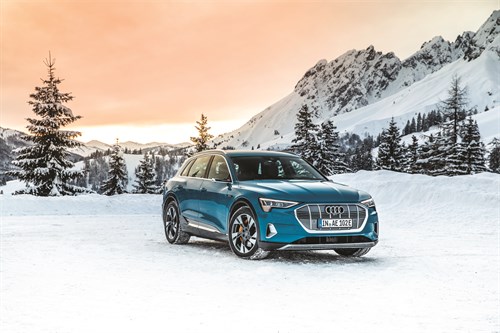 As it is quite heavy, the E-Tron loses a little in terms of excitement and doesn't feel as fast off the mark as the figures suggest, but it is still quite sprightly. The heaviness of the car also shows in the handling and while the adaptive air suspension (which is standard) does a good job of keeping things flat, the front tyres will soon start to protest and run wide in corners if you try and push on a bit.

It is possible to delete door mirrors in the E-Tron, as cameras can be specified in their place. While the technology is really clever, reducing the E-Tron's drag co-efficient from 0.28 to 0.27 (equivalent to four miles of additional travel) it is only standard on the £82,240 Launch Edition and is a £1,240 option on lower grades - so currently it is quite a pricey piece of kit. 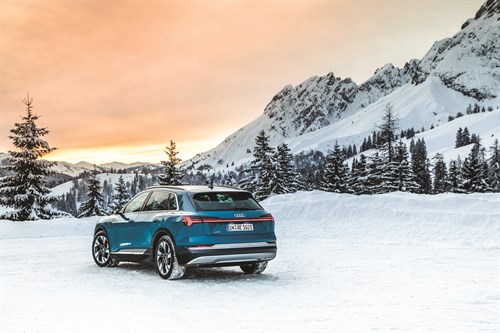 Unfortunately, range is where the Audi disappoints a little. On the official WLTP combined cycle, it offers a 248-mile range, which sounds low given the size of the battery. The Mercedes EQC has a smaller 80kWh battery but manages 259 miles of range, while the Jaguar I-Pace hits 292 miles.

It goes without saying that company car tax on the E-Tron is low for such a
high-end performance SUV, but the Audi is more expensive to buy than the Mercedes EQC and Jaguar I-Pace, with an OTR price starting at £71,520.