The DS 3 hatchback was the most popular model in the DS Automobiles range - but has the brand found a way to make the nameplate even more successful?

You are probably familiar with the DS 3 - the upmarket three-door hatchback that tried to create an anti-retro perspective among rivals such as the Mini and Fiat 500.

It started life as a Citroën DS3, but later assumed the DS 3 moniker when the DS Automobiles brand was created as a separate entity in 2015.

You are probably less familiar with the DS 4 and DS 5 hatchbacks that were sold alongside the DS 3. While aiming to stand out, they were actually lost in the crowd of good quality and competent medium and large hatchbacks on sale.

However, DS is currently undergoing a transformation, which will result in a new model every year until there is a new line-up of six. The DS 7 Crossback - an SUV alternative to premium badge models such as the Audi Q3 and Jaguar E-Pace - was launched in 2018, and 2019's new model is the DS 3 Crossback. 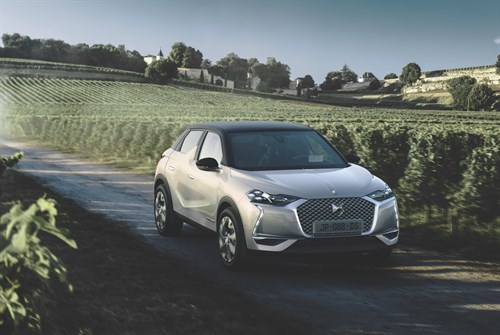 The motivation for replacing the first DS 3 with a compact SUV rather than a hatchback was two-fold: firstly, the SUV sector (particularly the compact variants) continues to demonstrate strong growth across Europe, and second, it is a little easier to justify premium pricing when the car is rather more substantial.

So the DS 3 Crossback lines up against the Audi Q2, Mini Countryman and Jeep Renegade as a high-end SUV with compact dimensions. It launches with petrol and diesel engines, but the range will be joined by a fully electric version later in 2019.

Fleets will decide for themselves whether petrol, diesel or electric will be more suitable for them - as petrol will have stronger appeal than diesel in compact cars. We had the choice of auto-only 130hp or 155hp 1.2-litre three-cylinder turbocharged Puretech engines, although there will also be a manual-only 100hp option. The diesel option will be a 100hp 1.5 BlueHDi with a manual transmission.

DS Automobiles is the technology leader within the PSA Group, so will now benefit from the latest features before they appear on Peugeot and Citroën models. Some will remain unique to DS.

The dashboard design is heavily stylised, with some controls grouped within diamond motifs. It is also available with a unique stitching design inside, which apparently took three years to make ready for production.

The versions we drove were the higher grades, but the car feels fundamentally good. Performance from the turbocharged engine is strong, and the eight-speed automatic is smooth. It is pleasing to note the manual versions feature a six-speed transmission rather than the poor five-speed available on some PSA models.

The compact Crossback feels agile and responsive, but with a high degree of comfort and refinement too.

Part of the original DS3 hatchback's appeal was it was available from the Citroën dealer network, so while Citroën had high-end aspirations for it, the car certainly looked like a high-volume model.

The DS 3 Crossback will be more exclusive, with availability restricted to dealers holding the DS Automobiles franchise, but offers a more compelling proposition than both its hatchback predecessor and the larger DS 7 Crossback. 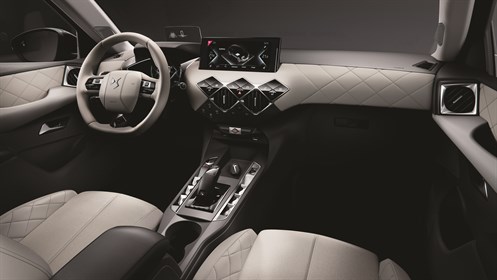