When is an SUV not an SUV? When it's a crossover, silly.

Time was, SUVs were basically four-wheel-drive pick-up trucks with a separate chassis and a cabin plonked on top, whereas a crossover was a jacked-up version of an existing road car.

Of course, those guidelines went west along with S Club 7 and shell suits, and these days it is more a question of size rather than engineering that denotes the classes. Roughly speaking, think big; SUV. Think small; crossover.

It is safe to say the Focus Active falls into the latter category. Of course, to qualify as a crossover you still need some essential accoutrements, including a raised ride height, and chunky front and rear bumpers replete with scuff plates. Botoxed tyres, roof rails, and copious splashes of mean black paint are also considered de rigueur. And yes, the Active has em' all.

Inside, you would be hard pushed to tell the Active apart from the standard Focus were it not for the copious amounts of logos dotted about the place, including those on the door entry scuff plates, seat backs and floor mats. 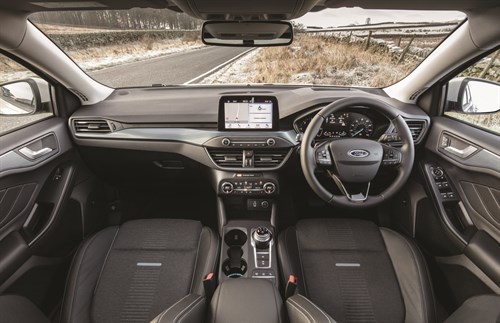 The interior dimensions are all but identical to the standard car, so there is a decent amount of space for four, while a relatively shallow transmission tunnel ensures rear passengers won't feel too much like second-class citizens.

As for boot space, it is pretty much on par with the compact hatchback norm, as are the split-folding rear seats that fold flat to accommodate longer items.

When it comes to perceived quality, although most of the materials are soft to the touch and the major controls are easy enough to navigate, there is not much in the way of wow factor.

At this point, the cynics among us may be thinking that this all sounds like little more than a styling exercise - and for the most part, they would be right.

Although the Active doesn't have four-wheel-drive capability, it does have a couple of selectable electronic aids named 'Slippery' and 'Trail'.

In effect, these are electronic intervention programmes that control the throttle responses and stability programmes to help keep everything shiny side up when conditions get greasy or icy.

As for normal driving activities, the Active is blessed with the same mechanical components as more salubrious versions of the Focus hatchback. So, you get fully independent suspension, nicely weighted steering, and fairly smooth compromise between ride comfort and body control. Even so, the Active isn't as refined or as nimble as its hatch stablemate. 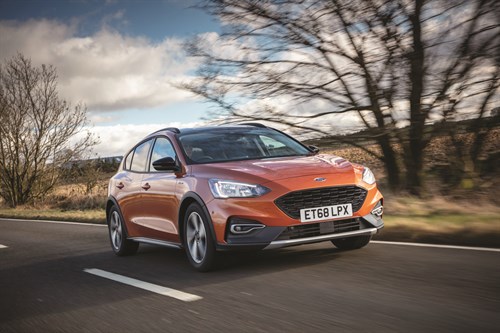 The additional wind noise decibels that are obvious at anything over 50mph can be blamed on the stylised roof rails, while those high walled tyres take their toll on grip and steering feel. As a result, you do lose out on some of the sharp reactions and front-end reassurance that makes the Focus hatch such a hoot to drive.

As for the powertrains, the bestsellers will be the four-cylinder 1.5-litre diesel and the 125hp 1.0 three-cylinder petrol units.

The diesel is no ball of fire, but it is very smooth and relatively hushed. Its willingness to pull strongly from low revs also makes it easy to ghost through the slick-shifting gearbox using less than 50% of the rev range and still make fairly rapid progress.

The three-cylinder petrol engine is more of an acquired taste. Although its thrummy, rev-happy nature can be fun when you are in the mood, motorway cruising aside, you are always well aware of what is going on under the bonnet. Along with quite a distinct lugging boom at around 1,500rpm, a couple of notable hesitancies throughout the rev range means it lacks the easy driveability of the diesel engine.