Jeep's claim to off-road ability is unquestionable, but the Compass also takes aim at premium SUVs.

Sometimes car manufacturers make strong claims about their vehicles and which sectors of the market they go hunting in for customers.

Since Jeep's official introduction to the UK in the early 1990s, it has offered a large SUV (Cherokee), a luxury SUV (Grand Cherokee) and a utilitarian SUV (Wrangler).

They have been popular with serious off-road folk and people who need to tow, but it is only in its association with European manufacturers - with Daimler in 1998 with the Daimler Chrysler alliance, and more recently with Fiat's takeover  - that the brand (perhaps, globally, the best-known name in 4x4s) has sought mainstream appeal with smaller models.

Four years ago, the compact Renegade was introduced to take on upmarket small SUVs, while the Compass arrived in 2018 as an alternative to high-end medium SUVs.

The Renegade - a joint project with the Fiat 500X - was well received, so there was a degree of expectation over the introduction of the Compass.

Competing with medium SUVs such as high-end Nissan Qashqais and Kia Sportages, as well as five-seat versions of the Land Rover Discovery Sport, Fiat's know-how ought to have ensured a degree of mainstream competence, while Jeep's heritage would ensure its off-road ability would equal or better the class leaders.

In practice, the Compass is at best disappointing. With a price tag nudging £35,000 on our four-wheel drive-equipped Longitude test car, plus options taking the price north of £40,000, the car neither looked nor felt any more premium than any mainstream medium SUV. 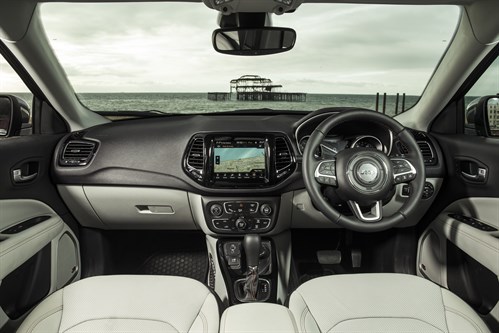 The price point is more or less equivalent to the high-end Volkswagen Tiguan and medium-spec five-seat Land Rover Discovery Sport, but the Compass's interior lacks the ambience of either of these vehicles, and despite having been launched less than two years ago, it looks and feels rather dated in its design and use of materials.

It is as if the car was only benchmarked against domestic rivals in the US during development, with little thought to what European, Japanese and Korean car manufacturers were producing in this category.

The diesels, of course, are of European origin, but the 170hp 2.0-litre unit in our test car was rather gruff and lumpy. Jeep's nine-speed automatic gearbox is supplied by ZF, and is also used by Land Rover and Honda, and works quite well.

The whole combination falls some way short of most rivals in terms of fuel consumption and CO2 emissions, although it is on a par with the Land Rover Discovery Sport.

The interior is spacious enough for five adults, with a good range of storage options around the cabin. The boot is also a decent size, with room for a folded pram or a few sets of golf clubs. 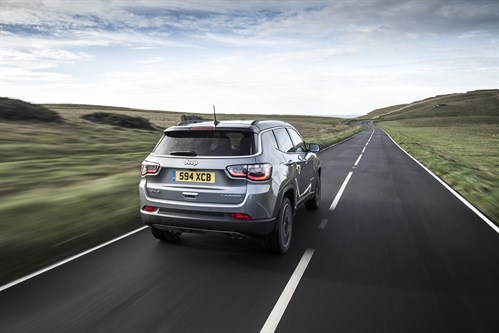 But as car manufacturers have turned their focus to SUVs in recent years, fleet customers that need to offer them have unprecedented choice. The Jeep Compass falls short in so many areas, that we couldn't recommend choosing it unless off-road ability was a clear priority.