The Renegade marked a significant departure for Jeep when it was launched four years ago. It looked like a Jeep, but it was to be the first model where the vast majority of customers would choose front-wheel drive over four-wheel drive.

It allowed customers who probably never owned a Jeep before, or perhaps never thought they would own one, access to an affordable model that also had much lower running costs. The fact that it retained an authentic Jeep look was a bonus, and very much part of its appeal.

Updates to the range last year did little to mess with the Renegade's appearance, but there were some key changes in the engine line-up.

The 140hp 1.4-litre turbocharged petrol engine was replaced by a new 150hp 1.3-litre, while the normally aspirated 110hp 1.6-litre was superseded by a new three-cylinder 1.0-litre turbo.

The 1.0-litre is the main focus of our review, as it has the potential to take
low-to-medium mileage drivers away from diesel versions if it has competitive CO2 emissions as it is not subject to a BIK tax supplement, and has a lower price point from which to calculate tax liability. 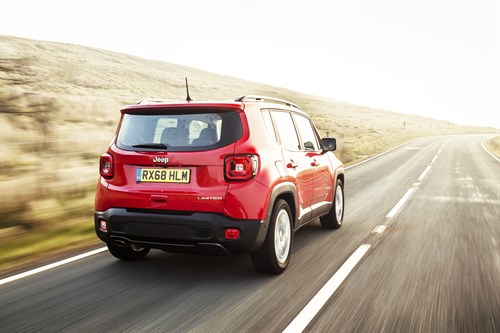 So the entry-level Jeep Renegade starts at a P11D value of £19,440, with its 120hp 999cc turbocharged engine offering lower CO2 emissions. The old 1.6-litre had emissions of 141g/km under the outdated NEDC fuel consumption and emissions regime, while the more powerful 1.0-litre achieves 138g/km under the slightly less favourable NEDC-2 or NEDC-correlated parameters.

This is slightly higher than the 129g/km achieved by the 120hp diesel, but the 4% supplement on diesel cars puts the 1.6 Multijet two BIK tax bands higher than the petrol. Factor in that there is no diesel in the entry-level Sport grade, and the calculations show that a standard rate taxpayer could be giving up an extra £27 a month to drive the diesel version as a company car.

Compared with rivals, it would also be cheaper to run than a Vauxhall Mokka X powered by the Ecotec version of its 1.4-litre turbocharged petrol engine, with lower depreciation costs and lower fuel consumption.

Aside from the boring tax stuff, there is also much to like about the least expensive Renegade on the road. The compact dimensions make it easy to drive, the six-speed manual gearbox shifts smoothly, and there is a lot of pep in the engine, with a keen 140lb-ft of torque available from 1,750rpm. It doesn't feel underpowered, and neither is engine noise intrusive in the cabin. 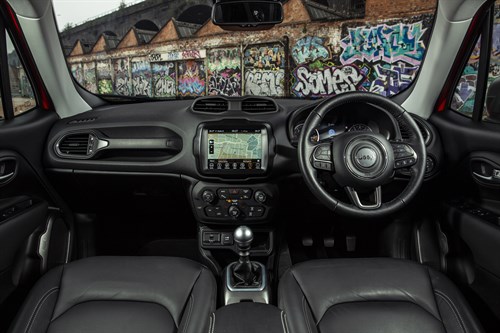 The Renegade Sport has a decent equipment list for an entry-level small car, too. There is DAB, air conditioning, lane departure warning and traffic sign recognition.

Emotion will always come into play when choosing a Jeep. Hardly anyone ever needs a Jeep, after all, especially one whose off-road ability is limited by only having two-wheel drive.

But it is reassuring to see that the Renegade can appeal to rational thinkers too, and perhaps where employees are allowed to choose a small SUV, it could help make the workplace a little more harmonious to see a brand like Jeep on the choice list.