With impressive range on a full charge, performance, practicality and high equipment levels, Kia is hoping the E-Niro is the EV you've all been waiting for.

The pace of electric vehicle (EV) introduction will increase rapidly in the next year, and while some vehicle manufacturers are still preparing to launch their first plug-in car, Kia is about to introduce its fourth.

The E-Niro is the third member of the Kia Niro family - following the plug-in hybrid version launched in 2018 - and joins the Soul EV and Optima PHEV in the ultra-low emission line-up.

The Niro was launched as a petrol-electric hybrid in 2017, and the range now offers a completely electrified SUV-like alternative to the strong-selling Sportage.

Over the next few years, sales of conventional petrol and diesel-engined cars are predicted to decline, as are those of traditional hatchbacks and saloons. 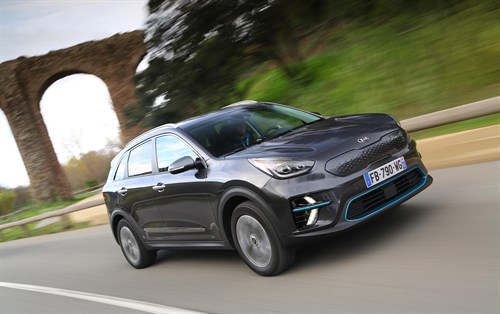 Kia believes the Niro hits the sweet spot for future growth, as its electrified powertrains are increasing in popularity, as is its SUV shape.

Other markets will have two versions of the E-Niro: an entry-level 39.2kWh battery pack version, with 138hp and a maximum range of 179 miles on the WLTP combined cycle, and a 64kWh variant with 204hp and 282 miles of range.

It can be charged from empty in around an hour using a 100kW charger, although with a typical 7.2kW home wallbox it would still need to be plugged in overnight.

With its size and performance advantage over more established medium-sized electric cars such as the Nissan Leaf and Volkswagen E-Golf, its price premium is probably well calculated by Kia, and with anecdotal evidence reaching us of long waiting times for the Hyundai Kona EV - produced by Kia's sister company and using the same technology - Kia appears to have understood the perceived value of the E-Niro very well.

The only equipment grade on sale at launch is the highly specified First Edition, which should leave company car drivers wanting for little in terms of kit. 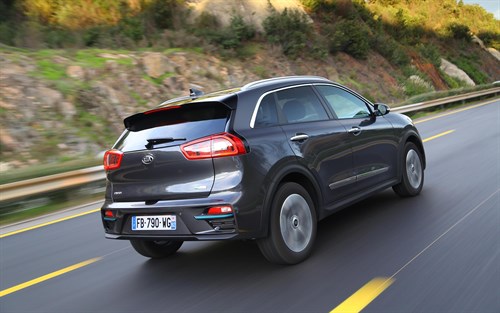 The E-Niro provides excellent comfort and decent space inside, aided a little by its crossover profile. The 2,700mm wheelbase almost puts it on a par with upper-medium sector cars such as the Ford Mondeo and Vauxhall Insignia in terms of cabin length, and is also good for ride comfort.

One of the benefits of choosing the E-Niro over the hybrid and PHEV versions is that without a secondary powertrain, the electric variant offers rather more boot space than its siblings, with 451 litres up to the height of the luggage cover.

This compares with 382 litres for the hybrid and 324 litres for the PHEV. Maximum volume measured to roof height with the rear seat folded is a useful 1,405 litres.

Travelling in near silence is normal in an EV, but unless you are used to it, it really feels unusual to hold conversations in hushed tones on the motorway. No internal combustion engine cars can currently recreate this experience.

And the low centre of gravity created by the battery pack mounted under the cabin floor also means the E-Niro feels well balanced and responsive when cornering. 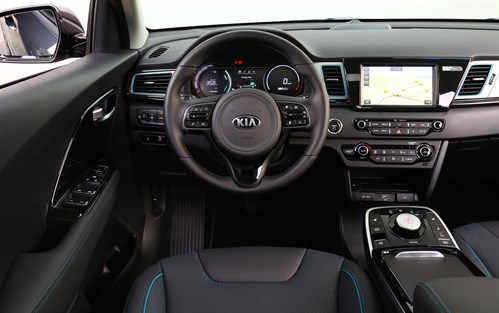 Does it really need 204hp? Of course it doesn't, and with 291lb-ft of torque available instantaneously, it is not surprising the E-Niro reached 60mph from rest in 7.5 seconds.

For fleets where electric cars have a clear role, a 138hp E-Niro with 179 miles of range would meet most drivers' needs more than adequately.

But the 64kWh version, with all of its performance and space, is a differentiator among medium electric cars - and with 282 miles of range, it also bridges the gap between the mainstream and premium brands.