Lexus has got a lot going on right now, with the recent launches of the new ES executive saloon and UX SUV. But away from the new product launches, it has also found time to carry out a facelift of its RC coupe, first introduced in 2014. Sticking with form from the rest of the Lexus range, it is now only available as a petrol-electric hybrid, which the brand hopes will offer a compelling counterpoint to the diesel-powered German rivals, represented in this segment by the BMW 4 Series, Audi A5, and Mercedes-Benz C-Class Coupe.

The cosmetic changes to the revised RC are minor, including tweaked front and rear bumpers, and rearranged head and tail lights. Fortunately, the car's low-slung lines were already enough to make it stand out - it looks like a genuine coupe, whereas the German alternatives look more like slightly lower saloon cars. Opening a pillarless door - another stylish touch - allows access to an interior that has also been lightly refreshed, with touches including a new analogue clock. Unfortunately, this sits above a centre console panel filled with massed ranks of rectangular buttons, which looks somewhat outdated. At least there's no questioning the modernity of the infotainment on offer, with a 10.3in touchscreen with sat-nav standard across the range. 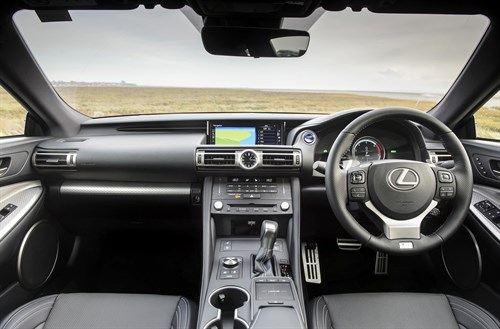 Generally speaking, the interior is a nice place to sit, with the copious amounts of red leather trim present in our F Sport-grade test car offering a sporty and also luxurious feel. Another change with the facelifted RC is revised front seats, which are a definite success - well cushioned and offering plenty of support. Things aren't so good in the back though, where the compromise needed for that swooping body is obvious - there is really room for children only. At least the 340-litre boot is big enough to cope with a trip away for two, though predictably it is well down on those more saloon-inspired German rivals - by more than 100 litres compared with the BMW and Audi.

Now, if you think having a hybrid powertrain - albeit a rear-wheel drive one - means the RC isn't a proper performance car, you are right. A maximum of 223hp propelling that heavy battery around means a 0-62mph time of 8.6 seconds - hardly a pulse-raising prospect, and lagging behind the equivalent German diesels. There's enough power for easy motorway cruising - arguably a more important role for cars in this segment - but no more than that. There is no sporty engine note to deliver excitement either - accelerating hard invokes the droning engine revs we have become accustomed to with CVT gearboxes - so you are better off settling back and enjoying a comfortable ride, with the RC handling road surface imperfections nicely. It is also quiet at a cruise, with no undue intrusion from the powertrain, or from wind or road noise. 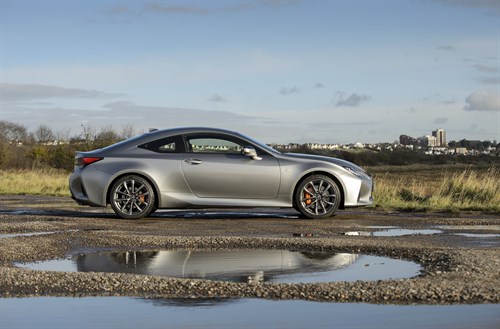 That said, if you do find yourself on a twisty road then the RC isn't without merit. The chassis can't disguise the car's weight, and it doesn't feel particularly agile, but the steering is nicely weighted, and the RC feels pretty well sorted through corners, helped by the adaptive suspension fitted as standard with F Sport models, which allows the settings to be firmed up. Unfortunately, when you reach the end of the bend and come to accelerate away again, that CVT box makes the powertrain's response seem ponderous.

If you are going to put up with this general lack of shove you would expect to be repaid when it comes to running costs, and happily for the RC this is borne out by the figures. Its low CO2 emissions, combined with no 4% diesel company car tax surcharge, mean big BIK savings compared with the German competition - more than £30 a month for a 20% taxpayer. In addition, unlike with the ES we reviewed last month, the RC also compares favourably when it comes to predicted residual values, beating the 4 Series and C-Class, and only 1% behind the A5, meaning that while it is 3p per mile behind the latter car on cost-per-mile, it is reasonably similar to the other two. 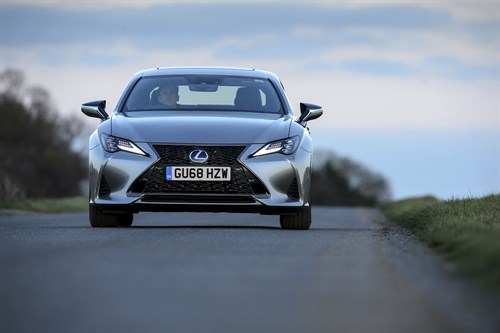 This means that if a driver likes the RC's looks, and doesn't mind the shortfalls in terms of performance and practicality, they can benefit from the BIK savings without incurring other costs to which a fleet manager could reasonably object.