The MPV is dead - long live the MPV. As we have previously reported in Business Car, the traditional people carrier is on the way out, with drivers flocking to SUVs instead. However, for those who still value practicality above all else, van-derived models are sticking around as an alternative. This is certainly the case at Peugeot, which, having transitioned its 3008 and 5008 models from MPVs to SUVs, is staying in the people carrier game with the car seen here, the Rifter. It is based on the firm's Partner van, produced in collaboration with the Citroën Berlingo and Vauxhall Combo, which have also spawned their own car variants. In the LCV world these models have made a big impression, including winning the LCV of the Year award from our sister title What Van?. So, can that pedigree transfer to the Rifter?

Well, one thing that definitely remains is its ability to carry things. The Rifter comes in two bodystyles - the five-seater Standard tested here, and the seven-seater Long - but even in the shorter spec, to say it is commodious would be an understatement. 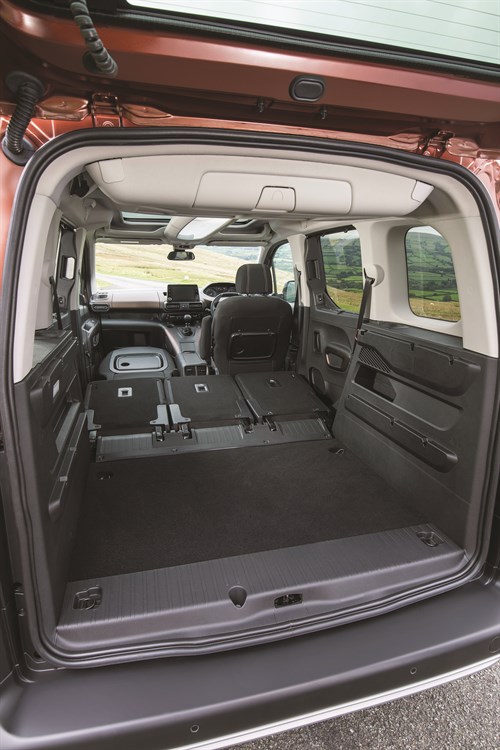 The basic boot is a whopping 775 litres, and if you fold the seats down - which is also possible with the front passenger seat as well as the three individual rear ones - this rises as high as 3,000 litres. And that is before taking into account all the other storage areas on offer - 28 according to Peugeot, the most immediately obvious being a cavernous space behind the gear lever, and others in the doors, around the seats and overhead. Passenger space is also plentiful throughout, with access to the rear via sliding doors.

Although it is the range-topping GT Line equipment grade that is tested here, the interior trim isn't of premium quality, but the plastics used do feel hard-wearing, perhaps more of a priority for users. GT Line does offer extra standard equipment including 17in alloy wheels, dual-zone climate control, sat-nav and a funky ceiling arrangement, with a panoramic roof above a central floating, semi-transparent storage compartment. It is worth nothing that while the Rifter is available in three equipment grades, the Berlingo and Combo Life come in only two, with GT Line offering some standard kit only available as an option on the top-spec versions of its cousins, though for an increased purchase price. 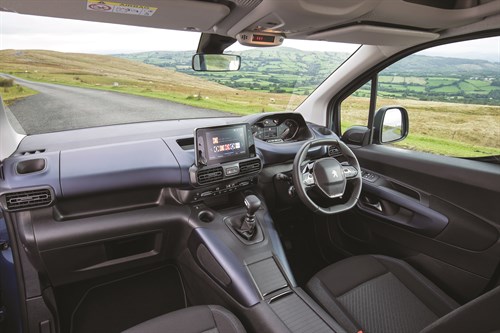 The Rifter's 8in touchscreen is pretty responsive and easy to navigate, and it also gets Peugeot's trademark i-Cockpit set-up, with a small steering wheel beneath the instrument panel - which even though its sporting pretensions feel a bit incongruous in a car like this does add a sense of fun.

Despite its van DNA, the Rifter sits on the same platform as many models in Peugeot's car range, so the driving experience is better than you might expect, though it is not engaging. Vague steering lets things down a bit, but its lightness is a bonus around town. The 130hp diesel engine pulls well enough, and while the ride can be a bit bouncy at times it is generally comfortable. Wind noise could be a bit better suppressed at cruising speeds, however.

One area where the Peugeot scores a win over its cousins is on whole-life costs. It offers predicted residual values that are around 4% stronger than the Berlingo and Combo Life, which means evenly matched cost-per-mile figures even with the GT Line's higher equipment level, or potential savings by dropping down the range. Looking outside PSA Group, the Rifter also beats the Ford Tourneo Connect and Volkswagen Caddy Life on residuals, and on fuel economy and CO2 emissions. So, for fleets looking to offer the no-nonsense practicality this sort of vehicle can provide, the Rifter looks like the pick of the bunch. 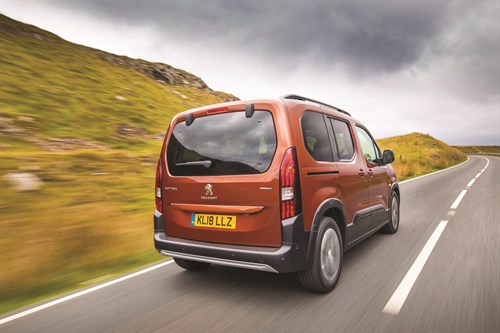