Renault downsizes its Clio supermini and upgrades every aspect, including interior space. How does that work?

Despite their many foibles, we Brits have always had a soft spot for a cheeky French supermini. As a rule, once you had become accustomed to their rubbery controls, basic performance and fragile-feeling bits of trim, they were easy to love, primarily because they always managed to look pretty chic no matter how haughty the postcode.

Well, that was then, and this is now, and Renault has decided the days of loving its cars, despite the eccentricities, are done and dusted.

Based on an all-new platform and bristling with technology, the first time you enter the new Clio's cabin it is easy to mistake it for a car from a class above. Make no mistake, some serious cash has been spent developing this new car.

Gone are the hard yards of abrasive plastics, flimsy carpets, rough mouldings, vague instrumentation and seats that offer as much support as your granny's footstool.

Instead, in comes swish, digitised instrumentation, a sharp-looking 9.3in portrait-orientated infotainment screen, and dashboard design and quality that puts everything else in the sector firmly in the shade. 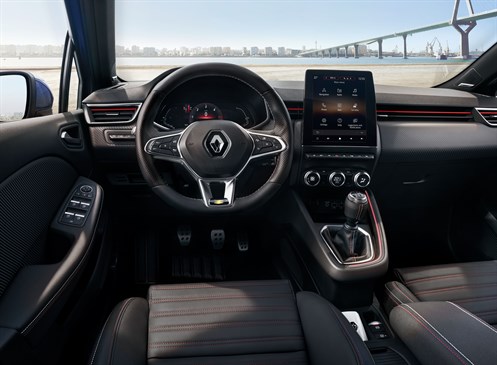 They have also thrown the kitchen sink at the storage solutions and all the stuff that you touch, including a swish-looking steering wheel and a bank of slick-operating, piano-style activation keys. Something else that is guaranteed to win points with anyone used to delving into the recesses of touchscreen just to adjust the cabin temperature, are the three large, sweetly weighted rotary dials that allow you to dial in the warmth and direction of the air even if wearing mittens.

Perhaps most surprising are the shapely, supportive seats, which look and feel as if they have been diverted from the Volvo production line.

The new platform is lighter, stronger and more rigid than anything that has gone before, which, if you know anything about platforms, tells you that this Clio is more agile and responsive, but more importantly, it is way ahead of its predecessor and probably all of its key rivals in terms of noise, vibration and harshness isolation. Consequently, it is a comfortable, quiet and engaging thing to drive, effortlessly piling on the high-speed miles in a relaxed, secure fashion.

Even though it is actually shorter than the outgoing model, the new car provides more interior space thanks to some scrupulous trimming of millimetres from interior fixtures and fittings, and the boot volume has risen to a substantial 391 litres.

There is also a wide variety of motivation available, including a 1.5-litre diesel called Blue dCi, that we have yet to drive. It offers 85hp and 220Nm of torque, and when paired with a six-speed manual gearbox should be good for CO2 emissions of 95g/km. A mild-hybrid edition will also be available not long after launch.

We spent the majority of our time in the mid-range, 100hp, three-cylinder petrol engine, which will no doubt sell well, but because the Clio is so polished in so many areas, this engine does seem like a bit of a let-down.

Although it is turbocharged, it performs very much like it has been tuned with emissions as a focal point, so it picks up revs quite hesitantly and is not a particularly high achiever when asked to rev hard. Set against the overriding refinement, the pronounced thrum the engine generates can also seem far too intrusive. At least it is relatively well isolated mechanically, with only the merest hint of vibration transitioning through the pedals as the revs hit higher altitudes.

The manual gearbox is a bit of an oddball, too. Although it comes with the shortest stick and the biggest gearknob we have encountered in any Renault, the shift gate is a bit askew, so when down-shifting from fifth to fourth it feels like you are about to explode proceedings by mistakenly engaging second gear.

Although it will no doubt be a good deal pricier, the four-cylinder 130 TCe petrol engine linked to a seven-speed, twin-clutch automatic is a much sweeter device and far better suited to the cultured manners of the Clio, providing strong, smooth acceleration, plenty of mid-range fizz and a relaxed cruising gate. 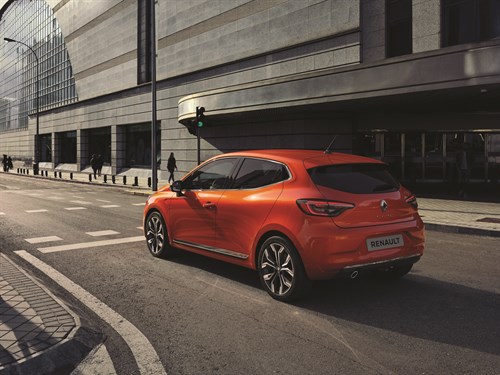 This particular model also features the most consistent weighting and the best steering connection of any Renault of the modern era.

Renault is pretty cagey about UK specs and prices at the moment, but the range will start at around £14,500, so you can expect to pay a couple of grand or so more to attain a decent level of power and specification. On the evidence of what we have experienced so far, that seems like cracking value for money.