The Zoe is back, and with improved range and residual value forecast, can it prove itself as a fleet favourite in the EV sector?

It may feel like yesterday that the Renault Zoe burst onto the scene, but in electric car years, being born in 2012 makes you pretty ancient.

Renault has already given the Zoe a few nips and tucks, but noticing the fast-paced electric vehicle (EV) market evolving, it was time for a refresh.

The revised Zoe has been given a fresh new look, consisting of a tweaked nose, more chrome, and full LED lights front and rear, plus new wheels and colours. It has also been given a bigger, bolder Renault logo (which hides charging ports), and from the front, you could quite easily confuse the Zoe's more grown up look with the Clio.

It may not come as a big surprise that the main focus of this upgrade is increased battery capacity; the Zoe now offers up to 245 miles of range on a single charge, depending on spec and wheel size. That is around a third more than the previous model could manage, and is a necessary update if the Zoe wants to keep up with rivals.

This new update brings with it the option of a rapid DC charging upgrade, although it is worth mentioning this is a £750 option. We can't help but feel this is an odd decision by Renault, and perhaps something that should instead be standard. Opting for this means you can conveniently charge from 0-80% in just over an hour using a 50kW DC rapid charger. A regular roadside charger with 22kW will give you 100% in three hours, while an at-home wallbox can do it in about nine and a half hours.

There is also a choice of two electric motors: the Zoe's existing 109hp unit - badged the R110 and carried over from the previous model, - or this brand new R135 with 135hp and 245nm of torque.

What we really like about the new Zoe is its interior. On all equipment levels Renault has introduced a dash, centre console and door upholstery made from recycled bottles and car parts in a nod to environmental concerns. In fact, the Iconic model we drove even goes so far as featuring upholstery that is 100% recycled. 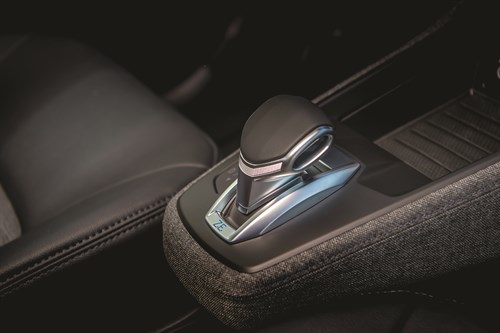 There is a new 10in TFT instrument cluster as standard across the range, along with either a 7in or 9.3in infotainment touchscreen depending on spec, with Apple Carplay and Android Auto connectivity. The touchscreen is really responsive, quite easy to use, and highly configurable too, which is a bonus. One frustration is the lack of a physical volume button; however, you can use the buttons behind the wheel.

Iconic is the mid-level version and gets rear parking sensors, wireless phone charging, 16in alloys and improved safety kit as standard. There is also wireless smartphone charging on the Iconic and GT Line equipment levels via a pad down on the centre console.

Despite feeling roomy in the front, the Zoe is not one of the biggest superminis in its class. You can fit three adults in the rear at a push; however, something to note is the transmission tunnel on the floor, which is quite intrusive for the middle passenger. Also, you still can't lower the driver's seat, which will prove annoying for taller motorists.

The Zoe has always been better suited to town driving, but we took it on some winding mountain roads and found it was perfectly quick enough, and the extra shove is really noticeable when overtaking.

One cool feature is the B mode that you access by clicking the gear level into 'B'. Effectively, it works just like Nissan's e pedal. If you lift off the throttle the car slows down and regenerates the braking. On some very twisty downhill roads in Sardinia, B mode felt comfortable, but in town it is not quite as easy to drive with one pedal compared with the Leaf as the braking is not as aggressive, and it lacks the fun factor the Leaf excels in. 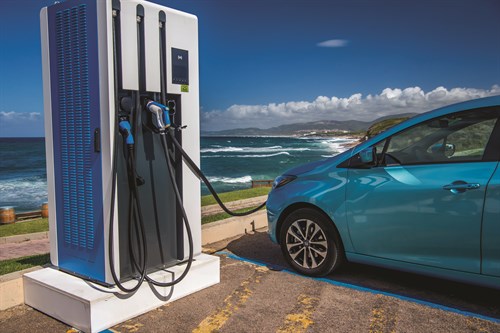 Body control is good and definitely improved compared with the old Zoe (it doesn't feel like it is running on skinny eco tyres anymore). The steering is very light, which, while good for cities, doesn't make it all that fun for corners. The refinement is quiet on the move, though, and tyre and wind noise are kept to a minimum.

Something that is becoming increasingly important in order to compete in the pricey EV market is value for money. The R135 model we drove here is priced at £31,065. The prices include the UK Government's EV grant. The cost of a battery lease is yet to be decided, but is expected to be similar to the outgoing model, starting from around £49 per month.

Grown up and a big step on from its earlier self, we are impressed at how the Zoe manages to consolidate its place in an increasingly competitive market. When you think of that added range offered by the refresh, the new Zoe could realistically become an even bigger name in fleet, and now can even work as a feasible small family car too.