Nostalgia is a powerful force. Triggering our senses can evoke strong memories that transport us back to times past, often making us view them through rose-tinted spectacles.

But it nonetheless allows aspects of the past to be remembered fondly. Vauxhall has drawn on this with the introduction of GSi variants in 2018, first with the Insignia, and in the autumn with the Corsa.

While we might recall the GSi models of the past as the flagship performance cars, including versions of the Cavalier, Carlton and Vectra, as well as the Corsa, high-performance variants in the Vauxhall range currently come under the VXR banner.

Many will also be familiar with Vauxhall's SRi models, which had until recently been the stepping stone between the main line-up and the VXR models, but were realigned to be more affordable.

So, GSi picks up that mantle, in a way, giving customers the looks of the VXR halo models, but with 80% of the performance.

The Corsa GSi is priced to undercut the entry grade in the 200hp Ford Fiesta ST, which lags behind the recently discontinued 210hp Corsa VXR in the power stakes.

The GSi has a lot more equipment as standard than the lowest-priced Fiesta ST 1, so if you are prepared to forego the extra power, the Corsa looks better value.

The Corsa might have its origins in a car launched in 2006, but with a media interface compatible with Apple Carplay, LED daytime running lights and plenty of sporty looking trim details, it has attempted to keep up to date in some ways. 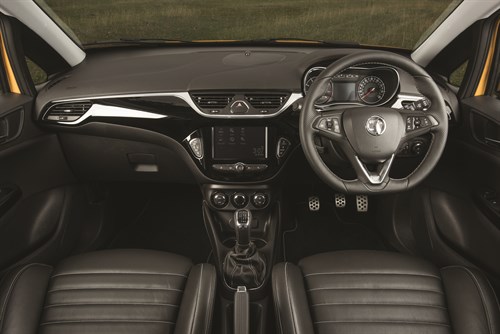 But Ford also offers a version of the Fiesta that is only 10hp shy of the Corsa GSi, and its 1.0-litre engine - under the current NEDC-correlated CO2 emissions - offers a lower tax penalty, while the 140hp Suzuki Swift Sport also appears to offer similar appeal for less money.

The Corsa's three-door profile might look a bit racier than its five-door rivals, but that also restricts its appeal for many.

Thanks to some chassis elements shared with the VXR, it does feel rather good to drive, with responsive steering and neat turn-in.

Power delivery is smooth, too, and the Corsa feels pretty nimble when pushed hard.

It wouldn't surprise us if this 1.4-litre engine is a little easier on fuel in the real world than Ford's 1.0-litre Ecoboost, and there is even an 'eco' button to help reduce fuel consumption, but that just won't be enough to offset other costs related to running the Corsa, most notably depreciation.

While the sticker price is relatively high, we know Vauxhall would be prepared to offer substantial discounts for fleets, and to be fair, Ford would also be similarly minded.

This would help take the edge off the Corsa's depreciation, which is thought to be north of £13,000 over three years/60,000 miles, but still lumbers company car tax payers with a high P11D value as the starting point for their BIK calculation. 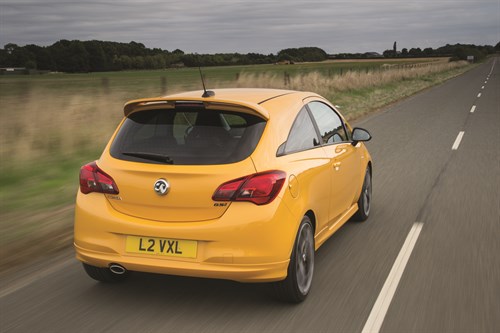 And while we are on the subject of nostalgia, although the Corsa had an extensive facelift in 2014, the car's platform is still the one that started life in 2006, from which the Fiat Punto was also spun off.

While Vauxhall has worked hard to keep the Corsa feeling fresh, and there is a sheen to the GSi's overtly sporty styling, not even a heavy rose tint in the lenses can disguise the fact that the model is outclassed by many more recent introductions in the sector.

While it might look cool, and appeal to younger employees who are low on the
user-chooser ladder, we can't help but to think a fleet's money would be better invested in alternatives to the warmed-up GSi.