Six months after sampling the high-performance PHEV in Los Angeles, we travel to Scotland to try the only version of the new Volvo S60 currently available to UK customers.

It should have sunk in by now that all newly introduced Volvo car models from now on will not be offered with a diesel engine.

Perhaps oddly, the transition point occurred between the new V60, launched in the second half of 2018, and the new S60, which arrived in the UK this month. Effectively, they are estate and saloon versions of the same car.

Volvo has confirmed that its cars offered with diesel engines - including all its SUVs currently on sale - will be updated for the duration of their lifecycles to keep them competitive, including mild hybrid technology and forthcoming RDE2 compliance.

But the S60 starts as a petrol-only car and, for its early months on sale, comes with a single engine and equipment grade in the T5 R Design Edition.

It makes a little more sense when you consider that, for this size of car, European customers prefer diesel and estates, while North American and Chinese customers - the markets where the majority of S60s will be sold - like saloons and petrol power. 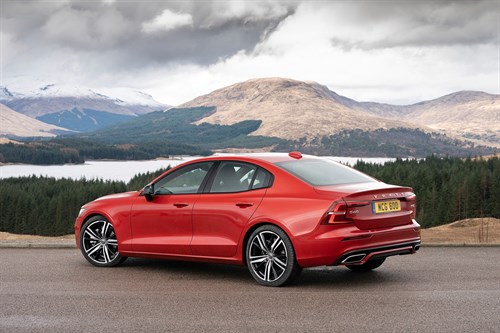 Volvo says other derivatives will appear later in the year, and we can broadly expect them to reflect the petrol engines and grades of the V60. There will also be a plug-in hybrid variant, offering extremely low CO2 emissions.

But for now, there may be slim pickings for fleets interested in the S60, although there is niche appeal from the 250hp petrol R Design Edition.

I know it is said that beauty is in the eye of the beholder, but the design of the new S60 is quite stunning. It is a car anyone would be happy, or even proud, to be seen in, and has the measure of pretty much anything else in the premium upper-medium sector.

The interior is now familiar modern Volvo, scaled down a little from the S90, and with a more sporty feel. Volvo is keen to emphasise that the new S60 is its most 'sporty' product ever, and our R Design Edition test cars were fitted with optional 20in wheels in addition to the lowered suspension standard on that grade. 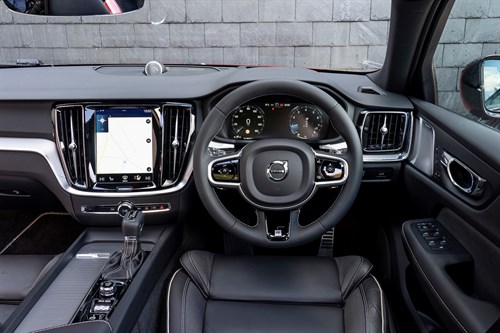 It might aid the car's purposeful appearance, but the ride is rather unforgiving over poor surfaces. We wonder if even the standard 19in wheels on this grade would feel much more comfortable, although it is also possible to downsize to 18in as a no-cost option.

Otherwise, the S60 feels taut and surefooted, with keen performance from the turbocharged 2.0-litre engine, and solid support form the eight-speed automatic gearbox, although the latter feels more comfort-oriented than engineered for performance.

The S60 is also loaded with safety kit as standard, especially as this R Design Edition comes with the launch pack, which includes Pilot Assist - a function that maintains a safe distance to the vehicle in front, while keeping the car centred in its lane, including in stop start traffic - blindspot warning and rear cross traffic alert. 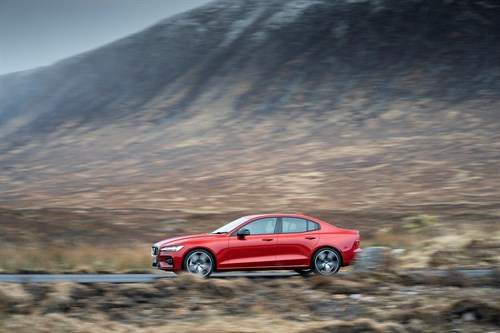 Fundamentally the S60 is a good car - actually, it is a great car. But for it to be a good company car, we need to see the lower CO2 alternatives.

We also hope the plug-in hybrid offering extends beyond the high-performance T8 we tried last autumn to include something with a bit less power and lower costs that would fill the gap in the range that diesel versions would have taken.