The four-wheel drive estate car is a bit of a niche product, but one that in many ways makes a lot of sense, aiming to combine the go-anywhere ability of a traditional off-roader with the dynamic advantages of a regular family car. It is certainly a recipe that Volvo likes, as it has now been offering Cross Country versions of its cars for more than 20 years. The latest to get the treatment is the new V60. It is a car that has received general acclaim in front-wheel drive form, but how will it wear its mud-plugging makeover?

Well, the first thing to say is that the Cross Country's off-road aspirations go far deeper than a few SUV-style cosmetic touches, which include charcoal-coloured wheel arch extensions and lower sill mouldings. As well as the four-wheel drive powertrain, the car's ride height is raised by 60mm to help it clear obstacles, and there is hill descent control to prevent it running away on steep slopes. This is activated when a special Off Road driving mode is selected, which also lightens the steering, and adjusts the engine and gearbox settings to deliver maximum traction on slippery surfaces. All of this promises genuine all-terrain ability, and in practice the Cross Country is capable of handling reasonably challenging muddy tracks without difficulty, meaning rural users can rest assured they will be okay if they take a wrong turn and end up somewhere agricultural. 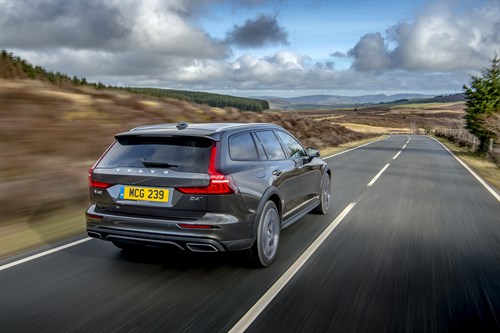 Along with being raised, the suspension has also been tuned with a focus on comfort, which as well as being useful off-road also offers supreme smoothness on the road, wafting along with barely any intrusion from ruts and bumps, while at the same time being nicely controlled so that you don't end up bouncing around. The downside is that the Cross Country doesn't feel quite as focused in the bends as a regular V60, but it is still perfectly fine and surely a reasonable trade for that off-road ability.

There is only one engine currently available with the Cross Country - a 190hp diesel, which is the bestseller with the regular V60 anyway. It offers plenty of punch for all requirements both on and off-road, although it is a bit noisy when setting off or accelerating. The eight-speed automatic gearbox can also be a touch slow to respond to prods of the accelerator, although it is smooth and unobtrusive most of the time. 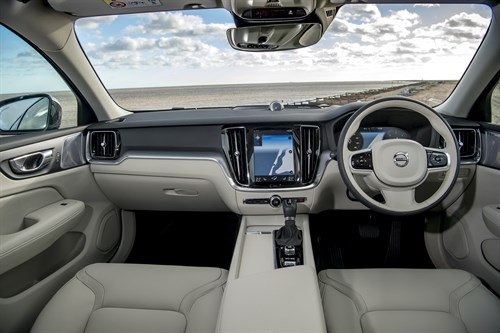 Inside it is business as usual from the regular V60, which means tastefully chosen trim finished to a high standard, and a 9in portrait-oriented touchscreen, which takes care of most vehicle functions. It also means plenty of space for both people and luggage, with the class-leading 529-litre boot remaining intact.

One area where the Cross Country does lose out to the regular V60, however, is at the pumps. Its four-wheel drive system means official combined fuel economy of 47.9mpg, compared with 52.3mpg for the equivalent front-wheel drive car. It is the same story with the Cross Country's CO2 emissions, which at 135g/km place it two BIK bands higher. For company car drivers who spend all their time in town and on motorways, it is therefore tough to recommend the Cross Country over the regular range. However, for those who need the four-wheel drive model's go-anywhere ability, it will be a price worth paying. 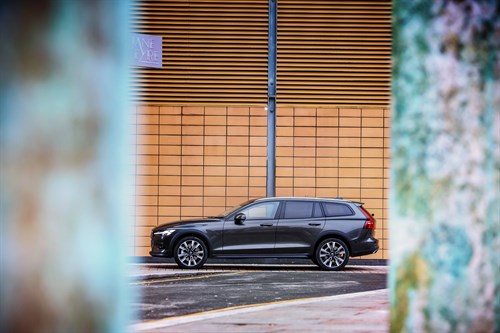