The entry-level petrol engine in the XC40 range might only have three cylinders, but it has plenty of go despite its size.

The XC40 has garnered critical acclaim like no other Volvo during its short time on sale. While the brand has a reputation for dependable and capacious estate cars, its SUVs have really been game-changers.

Both the XC90 and XC60, across two generations each, have been resounding successes, and in 2018 Volvo tried to perform the same trick with the XC40 - a rival for the Jaguar E-Pace, Audi Q3 and BMW X1. 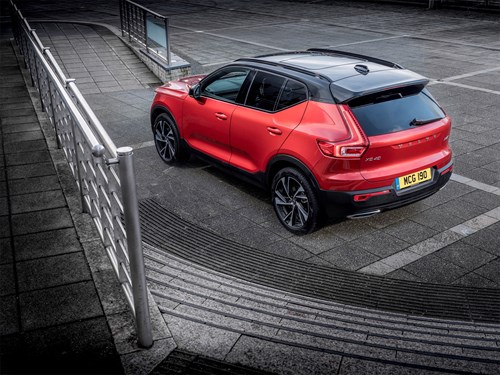 Launching with high-end D4 diesel and T5 petrol engines, it took a while for the less powerful D3 and T3 to appear, and the latter is interesting because it forms the ICE component of Volvo's forthcoming downsized plug-in hybrid, confirmed for the XC40 later this year.

But, with three cylinders, and, for the 2020 model year, 163hp, this T3 petrol engine could also appeal to low-mileage company car drivers who are unlikely to see any benefit from choosing diesel.

The 1.5-litre turbocharged engine is based on Volvo's 2.0-litre petrol engine, minus one cylinder, and with 163hp in the latest version, customers can choose either a standard six-speed manual transmission or an optional eight-speed automatic.

Unlike other versions of the XC40, the T3 is also only available with front-wheel drive, and while its CO2 emissions of 147g/km for our R-Design automatic test car might seem a little steep compared with a D3 diesel automatic that produces 131g/km, the T3 actually sits in a lower BIK tax bracket.

Its lower P11D value also currently places it in a substantially more tax-efficient position - at least until future variables such as full WLTP measurements for CO2 emissions begin in cars registered from April 2020, and forthcoming RDE2-compliant diesels (mandatory from 2021) potentially win back a small tax advantage.

However, by then, the new T5 Twin Engine plug-in hybrid with 41g/km will also be on sale, and would be the low-BIK tax choice in the range.

Although the maximum torque output of the T3's 1.5-litre engine is identical whether you choose the manual or the automatic, with the auto the top end is available from 350rpm lower than for the manual, at 1,500rpm, and the torque curve plateaus at that leveluntil 3,000rpm.

The T3 certainly isn't short of performance, despite its relatively small capacity, and neither does it suffer from the vibrations caused by the offset movement often typical of three-cylinder engines as it runs. It feels as smooth as the four-cylinder petrol alternatives.

Our R-Design version certainly felt agile and surefooted too. Perhaps a characteristic only bettered by the S60 saloon in the current Volvo range - and all the more remarkable for an SUV.

Perhaps its weakest points are a slightly claustrophobic-feeling rear passenger compartment, thanks to the upsweep of the bodywork along the rear doors, and the real-world consumption of the petrol engine relative to diesel, with us typically finding it in the mid-30s, and reaching 38mpg on a motorway run.

For some drivers and fleets, the figures might still stack up in the T3's favour compared with diesel, but remember: be aware that fuel costs and convenience will remain diesel's advantage over petrol and plug-in for some time to come.