The plug-in hybrid version of the latest X5 seems a more attractive proposition than its predecessor.

Thinking about it in practical terms, SUVs are well suited to being electrified. Elevated driving positions and tall cabins help liberate more storage below for battery packs.

It is one of the reasons the Mitsubishi Outlander was more successful as a plug-in hybrid. That, and, of course, the low CO2 it offered for a car of that size, which was a big draw for company car drivers in particular.

Now, it is almost unthinkable for a new medium or large SUV to be launched without a plug-in hybrid option as we transition from internal combustion engines (ICEs) to electric. BMW's X5 was a relatively early adopter, with a plug-in hybrid version of the previous model (the xDrive 40e) launched just after the Volvo XC90 (pretty much the class benchmark for large electrified SUVs) and the Audi Q7 E-Tron TDI.

Like the Volvo, it used a turbocharged four-cylinder ICE, but this was essentially the same powertrain and specification as the contemporary BMW 330e.

It lacked the power output of the XC90 (which produced 400hp) and couldn't reach 20 miles on a full charge - although its range was no less competitive than Mercedes-Benz and Porsche alternatives. 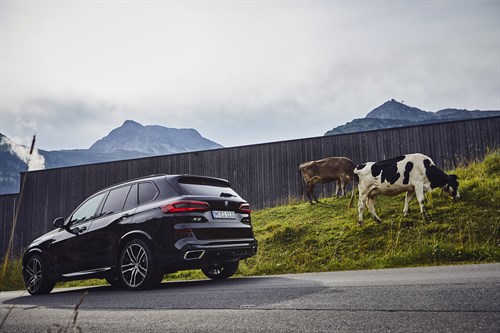 The latest X5 xDrive 45e has moved on significantly. The four-cylinder engine in the earlier version didn't really feel right in a large BMW SUV, and this has been addressed with an in-line, six-cylinder, 3.0-litre motor in the 45e, producing 286hp on its own and 394hp when the electric power is added.

Plus, as the latest X5 was engineered to accommodate plug-in technology from the outset, along with advances in battery packaging and chemistry, the 45e offers a potential range of 54 miles from a full charge. This particular aspect will be of interest to company directors who would have SUVs such as the X5 on their choice lists or the ability to choose any large plug-in hybrid.

From April 2020, the BIK tax regime undergoes a shift in favour of electric cars and the best-performing plug-in hybrids. It means someone choosing the 45e as their company car would be liable for BIK tax at just 8% over the next three years. This compares very favourably with a diesel X5, whose driver would fall into the 37% bracket for BIK tax.

If the 45e's plug-in range had been equivalent to the previous 40e's, new graduated rates according to range would kick in and push up the tax band to 12%.

The other benefit of the longer electric range is a significantly lower CO2 rating, which, even under the more stringent WLTP regime, results in the 45e having to rely much less on the engine during the official test. It has smart route navigation and can keep electric power in reserve for urban driving later in the journey. 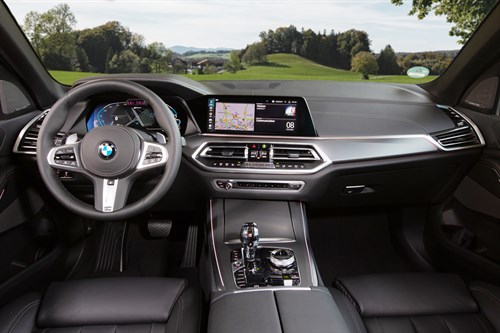 With all of these factors in its favour, you might wonder why all fleets wouldn't have this car on their shopping lists this year.

With its £60,000 price tag, it's expensive, even with the benefit of running on electric for much of the time, and wouldn't be available to a great deal of company car users.

In many areas - including the driving experience - it would surpass the Volvo XC90, although it can't compete with the Swedish car's seven-seat versatility. The 45e is five-seat only, and loses 50 litres of luggage space compared with a regular X5 (leaving a still respectable minimum of 500 litres).

The X5 certainly moves the game on for plug-in hybrid SUVs, and unless you really needed the three rows of seats only the Volvo provides for now, you would be hard pressed to find fault with the BMW.