Mercedes-Benz offers both petrol and diesel options in its E-Class plug-in hybrids. We get to know the petrol version better.

It is hard to believe that the current Mercedes-Benz E-Class has been on sale for almost four years. As I reacquainted myself with a car I hadn't driven in that time, I felt it still had the ability to draw admiring glances - not least from me.

Plug-in hybrid versions of this E-Class were launched almost three years into the car's life cycle, and having tried the diesel version last spring - the E 300de - we also tried the petrol for comparison.

A hybrid for every taste

Both of these variants are popular among company car drivers, and as Mercedes-Benz increases the number of electrified models in its range in the coming months, the E-Class is one of the ranges where retaining a diesel hybrid option is important. However, most rivals in this sector of the market offer petrol with electric, so Mercedes wants to ensure all hybrid preferences are catered for.

The E 300e uses a turbocharged 2.0-litre petrol engine in combination with an electric motor, producing more than 300hp when both are at full chat. It just about matches the BMW 530e on price, and is substantially less than the rather more powerful Volvo S90 T8. 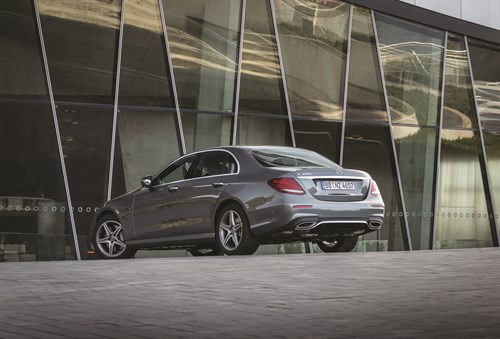 As this generation of the E-Class was conceived before the industry realised how important plug-in hybrid options would be, there is something of a compromise in luggage capacity, with a narrow 'shelf' towards the back of the boot.

In capacity terms, the E 300e is about 170 litres short of a standard E-Class saloon, although given that it could appeal to the chauffeur fleet market operating in cities, perhaps out-and-out volume isn't such a huge concern. If it is, the E 300de diesel alternative is offered as an estate as well as a saloon.

The development of the plug-in hybrid E-Class model spans the NEDC and WLTP fuel eras, and the old electric range figure of 31 miles seems adequate.

Users would have probably found that, outside of urban environments, that distance on electric would be rather a stretch, and have typically been achieving closer to
20 miles. 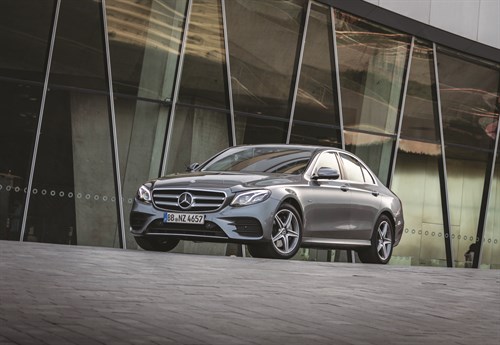 Inside, it certainly feels like a £50,000 executive saloon. The 'widescreen cockpit' is standard, with adjacent 12.3in screens seeming to merge into one. The combination of touchpad and rotary controller take a while to get used to, but eventually become intuitive, and selecting options from the dashboard screen is relatively simple.

The ambient lighting, with selectable themes or 64 individual colour tones, makes the E-Class cabin a cosy place to sit on a night-time drive, and the overall refinement ensures journeys lack stress and frustration.

Given that we know a revised E-Class will appear at next month's Geneva motor show, the fact this version is yet to look or feel tired bodes well. We can only hope that when the updated hybrids arrive, they will receive a little EV range boost too. 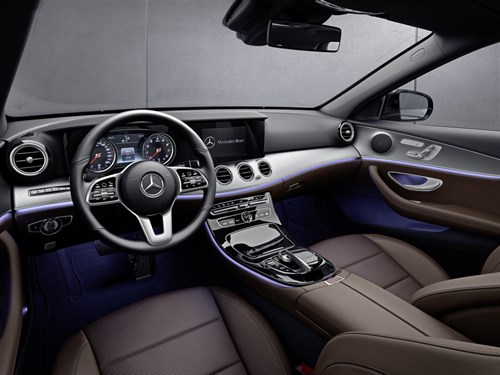