The car market's march towards electrification, as well as the continuing popularity of SUVs, was bound to result in an early crossover opportunity, no pun intended.

Mitsubishi's successful launch of the Outlander PHEV in 2014 demonstrated that there was demand for a car that could accommodate plug-in hybrid technology without compromising space and comfort.

For company car drivers, the draw is in reducing BIK tax liability compared with a traditional petrol or diesel-powered vehicle because of dramatically lower CO2 emissions.

Mitsubishi was in the unusual position of being a big player in the UK's plug-in hybrid market, relative to its tiny share of new car sales, and it is only now that many mainstream manufacturers are bringing their versions of the technology to market.

Launching in parallel with sister brand Vauxhall's Grandland X Hybrid4 is the Peugeot 3008 Hybrid4. It brings four-wheel drive to the 3008 SUV for the first time, thanks to its partly electric drivetrain. 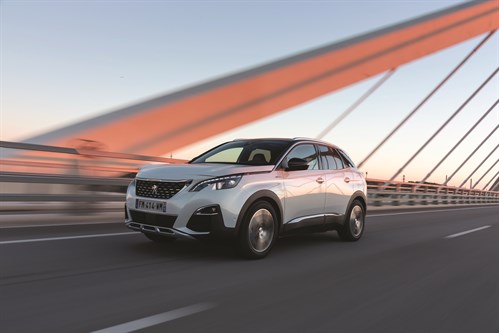 It has two electric motors that are able to deploy power to the front and rear axles simultaneously, while a 200hp, 1.6-litre turbocharged petrol engine drives the front wheels.

The technology delivers an on-demand, four-wheel drive system, either when conditions require it, or when 'sport' mode is selected.

The combined power output is 300hp, making the 3008 Hybrid4 the most powerful Peugeot production car to date. However, unlike many other 300hp cars, Peugeot's CO2 emissions of 36g/km on the 3008 will make it particularly appealing to company car drivers. It would even mitigate the effect of the high P11D price, with Peugeot reminding customers that 300hp and four-wheel drive doesn't come cheap.

Cheaper version on the way

A front-wheel drive 225hp version will arrive later in the year, which should make the car's price closer to the £40,000 mark.

A sweetener could be six month's membership of Polar Plus, making around 7,000 public charging points across its network free to use. When the subscription is over, the car owner has the option of continuing access to chargers at a monthly rate, or paying for charging when needed.

You have probably read here before that the 3008 is probably the best Peugeot in many years. The Hybrid4 shares many of its virtues and it feels like a truly upmarket car in GT specification.

However, although it has sprightly acceleration when petrol and electric are both deployed, it doesn't feel as fast as you might imagine with all that power, perhaps as a result of the substantial weight increase.

Otherwise the car is comfortable and easy to drive, and there is no sacrifice in luggage space above the boot floor. 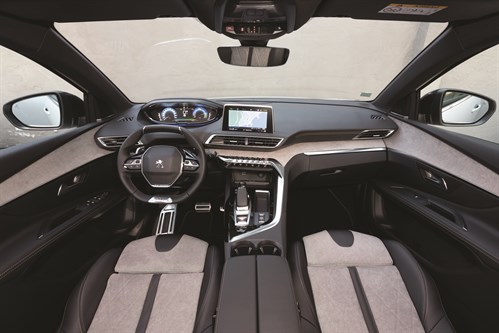 Unless your business needed to demonstrate green credentials by actively deploying electrified company cars, we would be cautious about the cost of the Hybrid4 compared with a petrol or diesel version, bearing in mind diesel versions feature in our table of the cleanest diesels on sale.

We might be inclined to wait for the less expensive 225hp version before giving it a wholehearted recommendation.