Replacing Vauxhall's bestseller was never going to be an easy task, but the new model looks like it has come up trumps.

The Corsa has been Vauxhall's bestselling car for many years. Strong in retail, it also has a major presence in the fleet sector, appealing to public sector fleets, pool car buyers and as body shop courtesy cars, as well as to the daily rental sector.

The new model is now on sale and is a significant departure from its predecessor for a number of reasons.

The previous two generations of Corsa were a joint development with Fiat, which also produced the Grande Punto in 2006. A heavy update for the Corsa in 2014 ensured its longevity, although the rapid advancement of technology in vehicles these days means it doesn't take much standing still to fall behind.

The new Corsa aims to address that, and with French automotive giant and Vauxhall owner PSA providing resources for development this time around, the Corsa has been produced in record time for the brand. 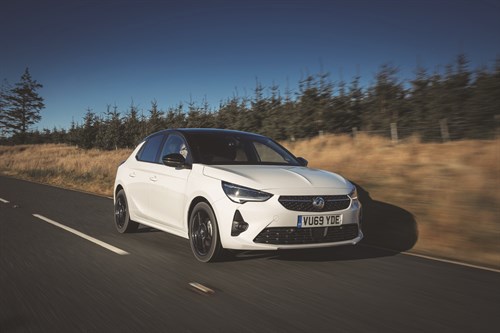 As is often the case with small cars, the Corsa was developed from a common platform with PSA which already underpins the DS 3 Crossback and Peugeot 208. This has helped with the speedy process of bringing the car to market, as well as providing Vauxhall with the same versatility of offering petrol, diesel and electric versions of the same car. The electric Corsa-E will come in a couple of months, although it is all over Vauxhall's current marketing.

It is an attractive, if conservatively styled, model, although some of the interior fabric designs help inject a little more character.

We were able to try new petrol and diesel versions, which between them are expected to make up around 90% of total Corsa sales.

Petrol versions from launch include a 75hp 1.2-litre with three cylinders, with PSA heritage. There is also a turbocharged 100hp version available. The entry-level engine comes with a five-speed manual transmission, while the 100hp variant comes with a six-speed manual, or an optional eight-speed automatic.

While PSA has a 1.5-litre diesel engine in its stable that would have been available for the Corsa, the engine deployed in the car was signed off for development under General Motors before the PSA takeover of its European division.

It has one cylinder fewer than the diesel offered in the Peugeot 208, Citroën C3 and DS 3 Crossback, and produces 102hp. Also fitted to the Astra since autumn 2019, on paper it appears to be an exceptionally clean and efficient motor, even under the stringent WLTP regime.

In fact, all the engines are flattered by the new Corsa's crash diet compared with its predecessor. The car is just about as long as the outgoing model, although it is a little wider and significantly lower. However, the car tips the scales at up to 108kg less than the previous Corsa, and the entry-level model is 980kg.

It means the petrol versions launch with CO2 emissions of less than 100g/km, with the diesel achieving 85g/km. 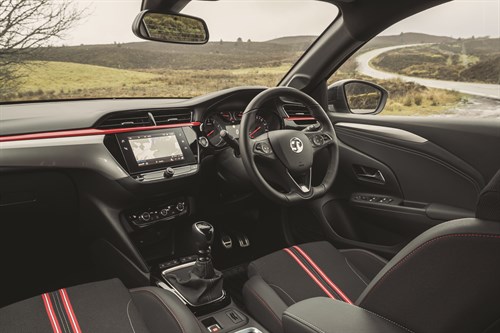 There will be no three-door Corsa in future. Given the low margins in small cars, manufacturers are increasingly sticking to a five-door format, which the majority of customers prefer. It means every car has the same bodywork with less differentiation, reducing costs.

The entry-level Corsa undercuts the Peugeot 208 on price, and although it is positioned a little higher than the Ford Fiesta, the Vauxhall is better equipped. Noteworthy technology includes LED lights as standard across the range, as well as lane departure warning and lane-keeping assistance.

The 75hp version wasn't available during the UK driving event, but we spent time in the turbocharged petrol variant and the new diesel.

It is easy to dismiss diesel as unfeasible in a small car, especially with the price premium it carries over equivalent petrol. In this case, the premium for diesel over the 100hp petrol variant is £1,210, which is a big chunk of cash on a small car, and it requires a lot of miles to recoup that additional cost.

However, we have seen many examples of small turbocharged petrol engines fail to deliver on the promise of the official fuel consumption, while this larger capacity diesel might be more closely aligned.

With up to 70.6mpg reported on the WLTP combined cycle - compared with 53.3mpg for the best-performing petrol derivative - it certainly ought to be considered for higher-mileage work.

The diesel is also the quickest Corsa in a sprint (of those currently available). You feel the uneven engine note that often afflicts three-cylinder engines, but it isn't unduly harsh unless it is revved hard. 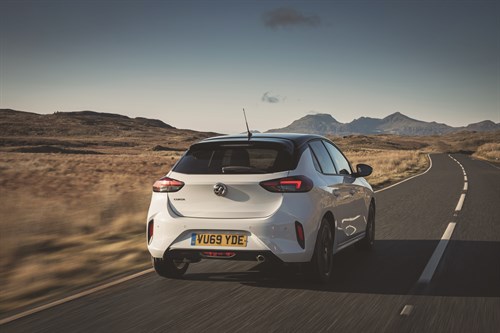 The 1.2 turbo is a little quieter, granted, but is also no slouch, and feels sprightly enough when an extra burst of speed is needed, such as for overtaking. Of the engine variants available now, this one will likely take the bulk of sales.

The driving experience is good overall, although the ride comfort on the larger wheel options is a little jittery, while cabin quality is decent, albeit with a lot of the hard-plastic surfaces that are still found in many small cars.

The Corsa is highly competent, and given Vauxhall's extensive expertise in the fleet sector, including back-up and support, it might have even more appeal than the figures and driving experience suggest. However, it will need to in a sector where competition is strong.