A revolution took place in the upper-medium sector in 1982 courtesy of Ford - but not everyone was ready for it.

In the era of the Morris Ital, Peugeot 505 and second-generation VW Passat, the introduction of the Ford Sierra in 1982 must have seemed like a seismic change. Its advanced, aerodynamic styling was criticised by some for looking like a 'jelly mould', although we understand some of its features were toned down a little to make it more palatable to a wary public used to the boxy Cortina. Even so, many didn't immediately take to it.

The Sierra launched with a choice of hatchback and estate body styles, and lower-grade versions same with narrower headlight units and a conventional grille.

The petrol engine line-up was essentially carried over from the Cortina, with an entry-level 1.3-litre offered, although most customers would have chosen a 1.6-litre. Then there was a 2.0-litre, and at the top of the range a 2.3 V6.

There was also a diesel variant offered - unlike with the Cortina - courtesy of a 2.3-litre, four-cylinder, normally aspirated engine, supplied by Peugeot. This motor could muster 68hp and would reach 60mph from rest in a leisurely 18 seconds. There was much still to be done to transform the appeal of diesel beyond saving money on fuel.

My lasting impression of the car was made by a 105hp 2.0-litre GL used by my grandfather as a company car in the 1980s. It was plusher than the Cortina 1.6 L he had owned immediately before it, and came with such goodies as a radio/cassette player, a five-speed gearbox and a low-fuel warning light.

The interior might not have been as outlandish as the exterior, although the steering wheel centrepiece connecting to the rim by two 'spokes' at its base was almost as avant-garde as a Citroën.

A high-performance model came in 1983: the three-door XR4i, with its double rear wing over the tailgate. The steering wheel was a more conventionally sporty three-spoke affair, while the car had a top speed of 130mph; the television commercial - a slow-motion montage of the car tackling a country road while the theme from Chariots of Fire played - was allowed to mention it. Different times.

This was only a flavour of things to come, however, as the Sierra was used to push the envelope of mainstream performance within a couple of years when the Sierra Cosworth was launched. With 204hp and a rear wing you could serve dinner for two on, it became legendary, with credentials reinforced by success in the British Touring Car Championship.

There was no Sierra saloon until the second generation (although basically it was a heavily revised version of the original), called Sapphire.

But was the Sierra really that radical? The Cavalier that appeared a year earlier, while more conventional looking, was a more modern front-wheel drive platform, as was the Austin Montego launched a year after the Sierra. Nor did it offer fuel injection at launch. However, Ford's clout as the UK's biggest car maker, and its dominance of the fleet market, meant the Sierra sold in huge numbers. But perhaps its design was influential, as many cars of the late 1980s and 1990s echoed its 'jelly mould' profile. 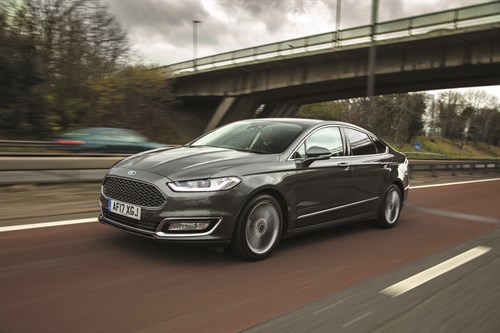