Lexus had impressed with its big luxury saloon a decade earlier, but in 1999 it took aim at the BMW 3 Series. 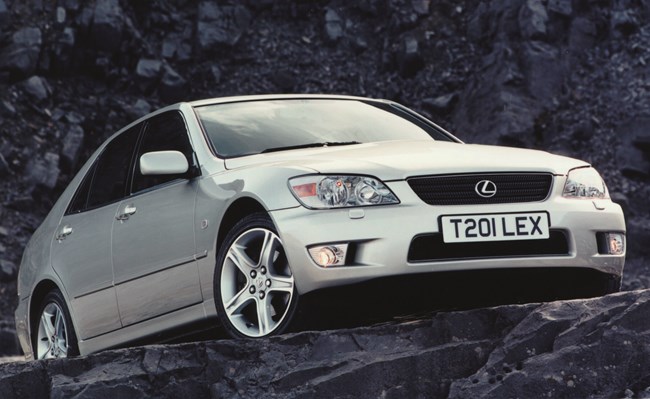 Lexus, as most of you will know, is a brand that was launched by Toyota in the late 1980s in the US, and a year later in Europe.

As one of the biggest car manufacturers on the globe, while Toyota was clearly capable of producing vehicles to challenge the premium brands, it decided that to be truly considered an alternative it needed a separate division with its own name and its own dealer network.

The LS400 launched in 1990, and was after a slice of the market occupied by the BMW 7 Series, Mercedes-Benz S-Class, Audi V8 (later A8) and the Jaguar XJ. This sector is low volume but high in prestige for brands participating in it - if they can get it right.

And Lexus did - with exceptional refinement, comfort and high-tech equipment. The smaller Lexus GS followed a few years later, which was perhaps less remarkable than the LS but still showed a breadth of capability for the brand. Lexus launched its higher-volume proposition in 1999 with the IS.

Broadly using key characteristics of the BMW 3 Series as a template - front engine with rear-wheel drive and near perfect weight distribution - this also broadly followed the format of the Mercedes-Benz C-Class, although the Lexus's six-cylinder engine was an in-line motor rather than in a 'V' formation. Automotive enthusiasts will tell you an in-line six-cylinder engine has better refinement than a V6, although modern technology has narrowed the gap somewhat.

The IS200 had a very small-capacity six-cylinder engine of 2.0 litres and it produced 155hp - comparable with four-cylinder engines in rival cars, but with much better refinement and equipment levels.

It was also superbly balanced, with a similar intuitive feeling to driving a contemporary BMW 3 Series. It's styling was not dramatic, but it did look purposeful, while the interior was distinguished by the instruments arranged in a design aping a sports watch.

The range was broadened later in the model's life to include a 3.0-litre variant (with automatic transmission as standard, rather than an option as it was on the 2.0-litre), and an estate version was added called the Sport Cross.

It proved that Lexus had the ability to compete with German rivals on its own terms.

One problem was that the IS arrived as diesel was beginning to dominate fleet sales. For the second-generation IS model, a four-cylinder diesel engine shared with the Toyota Avensis was included, but it was never offered with an automatic transmission in the IS.

Sales rather dwindled until the third-generation model, which added a hybrid version to wean customers away from diesel, and this version - presently nearing the end of its life cycle - is now only available as a hybrid. 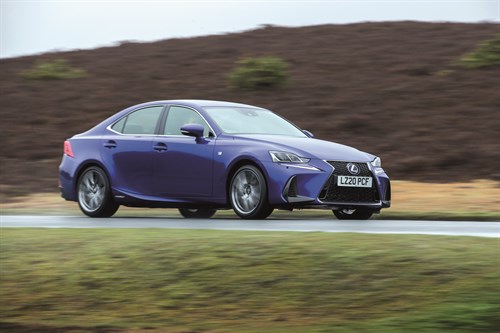