Alongside the Mk1 Volkswagen Golf GTi, the Peugeot 205 GTi is considered to be one of the greatest hot hatches of all time. 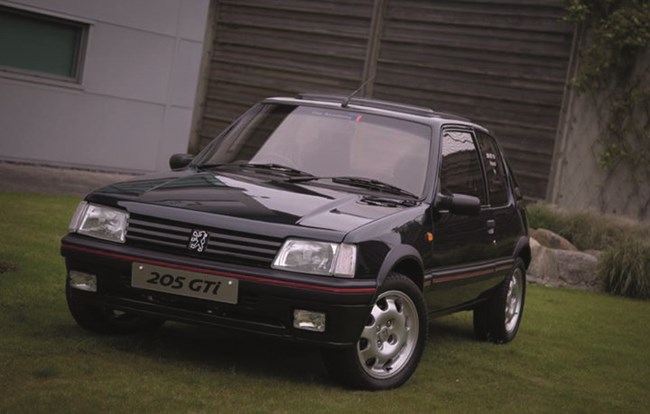 With restomod 1.9-litre engined cars from Tolman Motorsport reinvigorating interest - with prices expected to be around £50,000 - plus its descendent, the fleet-friendly Peugeot 508 Peugeot Sport Engineered hybrid also launched last year, Business Car thought it would take another look back at the pretty and iconic 205 GTi.

Opinion is divided as to which 205 GTi is best, however, the general consensus is that the 1.6 has the peakiest power output, while the 1.9 gives welcome increased torque. The 205 GTi continued in production until 1994, with the GTi badge carried on with the Peugeot 106 and 306.

Effectively, like a new 205 GTi might have been back in the 90s, the engine felt factory fit. Inside, the sports seats were supportive, the driving position perfect and I loved all the GTi's red detailing for the trim.

First thing to note was the non-power assisted steering - the 205's is best described as heavy until on the move. Then, we selected first gear from the slick manual five-speeder and we were off. Pick up was instantaneous and more alert than the latest hot hatches. The standard 1.9-litre was happy to rev, but the 160hp Mi16 lump didn't come alive until the mid-range - then it really flew!

The heavy steering also came alive as we went faster - it was light, but full of feel. As we barrelled into our first corner, it was the impressive front-end grip that I noticed first. There was very little body roll, and the back end felt more secure than the standard earlier car that I drove later. The 205 GTi had a reputation for unpredictable handling when you overcook things. As I attacked the corner harder, the interior light detached itself from its fixing - hanging from its wires in front of the rear-view mirror. Then I remembered build quality was never a 205 GTi high point, and this car was almost 30 years old.

It is when I hit the brakes that the 205 GTi showed its age. They're best described as progressive, but only just felt up to the job.

Will there be another Peugeot hot hatch like this? Unlikely, and it almost seems like Peugeot has been living in the shadow of the 205 GTi ever since. The Peugeot Sport Engineered 508 demonstrates another way of going fast but staying frugal with plug-in hybrid technology - but it's no 205 GTi.