Peugeot's lower-medium car reached peak performance with the 306 in 1993.

People always seem to remember the Peugeots of the 1980s and 1990s more fondly than any other.

It was an era of sharp and elegant Pininfarina designs, as well as memorably engaging models such as the 205 and 405, with their GTi variants as the ones company car drivers aspired to running.

It was also an era of growing popularity of diesel engines, with Peugeot and Citroën beginning to market the performance credentials of the latest turbocharged diesels.

And the diesel engine is where we look in our retrospective focus on the Peugeot 306 range.

The 306, launched as a hatchback in 1993, was a replacement for the tired looking 309 hatchback. It was developed from the same platform as the Citroën ZX, already a highly rated model.

A saloon version followed and Peugeot launched a 306 estate in 1997. By 1997, the Peugeot 306 was the best-selling diesel model in the UK, thanks, in part, to diesel's growing popularity among fleet operators, as well as the virtues of the diesel engine used by Peugeot at the time.

The 1.9-litre turbo-diesel produced 90hp and 145lb-ft of torque. This felt nippy compared with the performance many people were used to in diesel cars by this point, and it was capable of more than 40mpg.

The best showcase for this was the D Turbo variant of the 306, which gave the car an equivalent look to the sportier petrol models.

It was also a great car to drive for enthusiasts, with communicative steering and engaging handling. The bravest drivers could induce bouts of lift-off oversteer to help the back end around tight bends when driving with gusto, although probably not recommended behaviour in company cars.

The performance was probably more noticeable as there wasn't a great deal of finesse about the turbo kicking in. As a driver, you certainly felt the car take off
above 2,000rpm.

In later versions of the 306, which came with the more efficient HDi common rail diesel, power delivery was much more progressive.

The 306's successor, the 308, isn't such an emotional driving experience, despite it being a faster car with substantially more power. And now, with diesel company cars beginning to lose popularity, it takes a drive in a car like the 306 D Turbo to remind us why we began to like them so much 25 years ago. 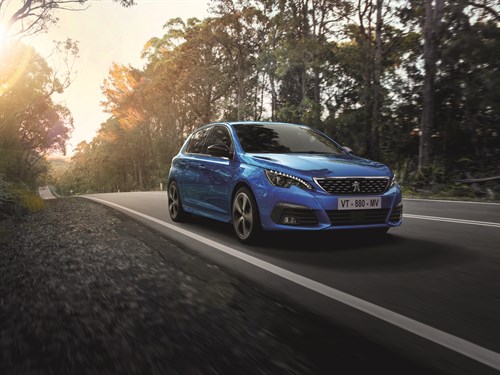