The Yaris, launched in 1999, seemed a world apart from its Toyota Starlet predecessor. 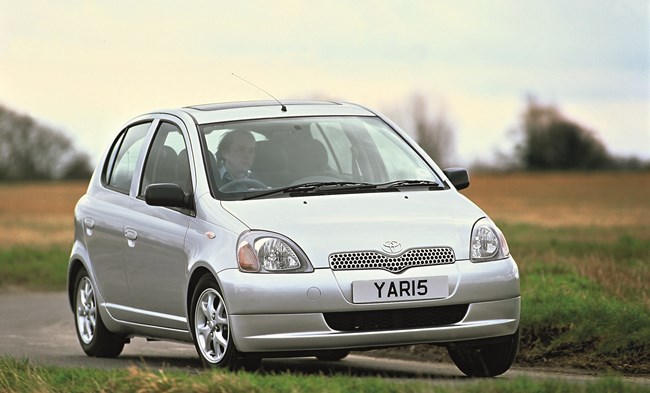 If small cars were ever an opportunity for drivers to express their personalities, you had to worry about anyone choosing the Toyota Starlet in the 1990s.

Japanese domestic market and aftermarket tuning aside, the car in the UK was rather dull and its dullness rubbed off on the brand. In 1999, the Starlet was replaced by the Yaris, and it was a breath of fresh air.

Created by Toyota's European design studio in France, the Yaris had an almost cartoon-like and cheeky character, while the interior was more of a design shock, with no instruments directly in front of the driver.

All information was located in a central display binnacle with LED graphics, and a reversed screen and mirror set-up similar to some of today's head-up displays, but it also created a mysterious depth to the image, as if you were viewing the info somewhere over the car's bonnet.

This kind of driver's-eyes-only configuration for the interior would have made the Yaris less popular with driving instructors, but it meant the adjustment for steering wheel position could be simpler as it wouldn't be obscuring any information for the driver.

However, on the sporty T-Sport derivative and on later evolutions of the model, a more conventional instrument display was used.

The Yaris was the first car I tried with satellite navigation. It had, of course, appeared on larger and more expensive cars before 1999, but Toyota offered a turn-by-turn simple LCD display on a small screen with voice instruction.

While it launched with a choice of 1.0-litre and 1.3-litre petrol engines with sophisticated 'variable valve timing', a 1.4-litre diesel was also launched.

The Yaris looked a bit more grown up in its second-generation, and by the time that was replaced, Toyota was ready to offer a hybrid version.

Today, in the UK, you can only buy a hybrid version of the Yaris, but it's ultra competitive on CO2, which benefits fleet users. Its styling also has more character than at any time since the original was introduced 22 years ago. 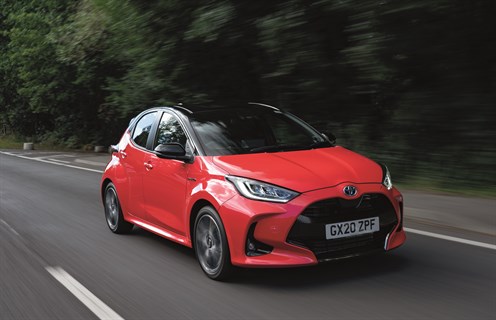