It might not have been the first of the new breed of SUVs in the 1990s, but it was no less influential.

There are a number of other mainstream manufacturers that can lay claim to innovating in the trend for modern SUVs. The car that set the trend was probably the Toyota Rav4 in 1994 - tapping into demand for a compact SUV that was comfortable being driven around town and on the motorway, with off-road ability secondary.

The Honda CR-V followed, but in 1997 Land Rover launched the Freelander with arguably a more comprehensive line-up than any vehicle in this emerging class had offered before.

There was a choice of hardback and softback three-door models, as well as a five-door station wagon.

Unlike previous Land Rovers, which had either been large or utilitarian (or both), the Freelander was family car-sized and user-friendly. Also, unlike its siblings, there was no low-range transfer lever for serious off-roading. It had a short first gear and permanent four-wheel drive.

Developed during BMW's early years of Rover Group ownership, but conceived much earlier, the Freelander relied on existing petrol and diesel engines within the British manufacturer's range.

That meant a slightly under-developed 120hp 1.8-litre K-Series petrol engine (prone to head gasket failure), and a 100hp L-Series 2.0-litre diesel engine, that could trace its roots back to the Austin Rover years of the 1980s.

My first encounter with the Land Rover Freelander was in its early weeks on sale, as a friend worked at a Land Rover dealer in the south of England and offered for me to try their diesel customer demonstrator.

I was struck by how easy it was to drive, the sweet shift quality of the five-speed gearbox, and its colour-coordinated interior.

There was innovation too. The gearstick had a red switch on it to activate hill-descent control - a new phenomenon, and helped to control the car in off-road environments in the absence of low-range gears.

It also had five electric windows, as the tailgate glass could be lowered to improve air circulation or help prevent the odour of stinky wellies permeating the passenger compartment.

The Freelander was a more accomplished off-roader than rivals at this time, which would have been a clear objective of the brand so attached to 4x4s.

It was appealing for user-choosers, and brought more customers to the Land Rover brand.

Later versions of the Freelander debuted stop/start technology and two-wheel drive - two key weapons to reduce emissions and fuel consumption in the modern era, but absolutely superfluous to requirements for going off-road.

The Freelander name was retired in 2014 with the introduction of the new Discovery Sport. The Discovery Sport is a direct successor to the Freelander, but the brand's range is now slightly more diverse, and it has created three 'families' with Defender, Discovery and Range Rover, simplifying model names.

The Discovery Sport is a more practical car, offered with a choice of five or seven seats, and comes with a full complement of two-wheel drive, four-wheel drive, petrol, diesel and soon, plug-in hybrid versions. 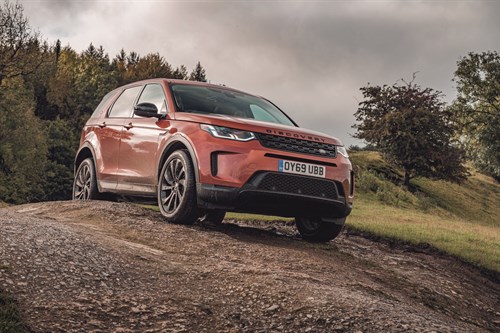