The Vauxhall Cavalier was born when the company car market was taking off in the UK. Introduced in 1976 as a replacement for the Victor, the Cavalier also appeared when both Vauxhall and Opel ranges were sold in the UK - both brands being owned by General Motors (GM) - and despite similarities underneath, the British and German arms of GM's European operation still had some differentiation in their products.

The Cavalier was almost identical to the Opel Ascona, but the British sibling had the 'droop-snoot' front end used by the sporty Opel Manta. It arrived at a time when Ford's Cortina was well advanced through its third generation, and seemed tired. British Leyland alternatives were perhaps less desirable, as the company had been in crisis and was propped up by government cash.

Originally produced in Belgium, Vauxhall's Luton plant was soon added to meet demand for the car. The model we tried is owned by Vauxhall and was produced at Luton for the 1980 model year.

The GLS would have granted a company car driver one-upmanship over colleagues whose allowance could only deliver a GL, or - whisper it - an entry grade L. By modern standards, there would seem to be little to show for the top billing, although the sumptuous velour seat and door fabric is a sight to behold. Other features marking it out are the rev counter and
push-button LW/MW radio.

The 2.0-litre engine produced 100hp, although with the car's four-speed manual transmission (and not forgetting it tips the scales at barely a tonne), the 0-60mph sprint is dispatched in a rather racy 9.2 seconds.

The Cavalier is largely comfortable out on the open road, although the odometer needle hovering around 3,000rpm or more on the motorway shows how modern engines and gearboxes are now much more fuel efficient.

There is no power steering, making the Cavalier harder work around town, although with it weighing around the same as the latest Corsa, the driver should cope well enough without needing arms like Popeye.

This Cavalier was the end of an era for Vauxhall as the second-generation model, launched in 1981, switched from rear to front-wheel drive, and had no differentiation from the Opel Ascona other than the badges. 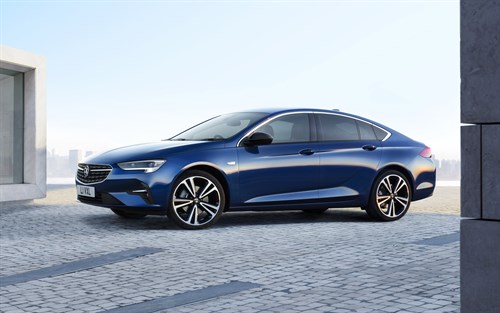