Europe's favourite supermini arrives on our fleet - and it is powered by a diesel engine. 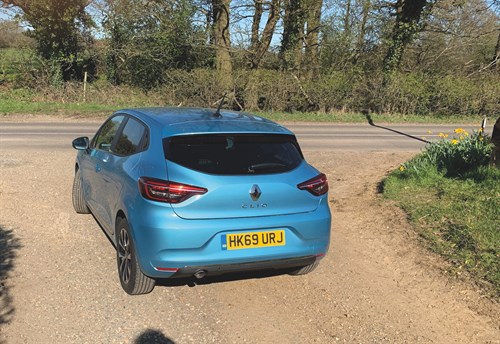 Diesel superminis used to be the obvious choice for the high-mileage driver who didn't need a huge car and wanted something that was both extremely economical and affordable. In recent years, 'dieselgate', the improving fuel economy of modern petrol engines, and the emergence of hybrid options have conspired to relegate small cars with diesel engines to a bit of a niche.

With that in mind, when I found out we would be running a long-term Renault Clio, I was fully expecting it to be the 100 TCe, the mid-range three-cylinder petrol, partly because Renault sent me a spec sheet for one. However, when the delivery driver turned up, the noise coming from the front car was unmistakably that of a diesel engine.

Although having a diesel engine in a small hatchback has become deeply unfashionable, it does come with a number of benefits, especially in the case of the Clio. At a claimed 67.2mpg, it should be extremely frugal. The 85 dCi is also the only Clio to come with a six-speed manual gearbox, and as a result, engine noise on the motorway is nicely hushed. It doesn't have an automatic option, but then neither do its competitors.

On first acquaintance, the interior seems like a pleasant place to while away the miles, with a pleasing design and materials that are nice enough. You will find hard plastics dotted around the cabin, of course, but most of them aren't jarring. How nice the cabin is depends a lot on which equipment grade you go for. A mid-range Iconic like ours adds a leather steering wheel and the 7in touchscreen, while S Edition further adds some soft-touch, light grey accents to break up the otherwise very black decor, as well as a nicer seat fabric, a 9.3in touchscreen and a digital driver display between the dials. 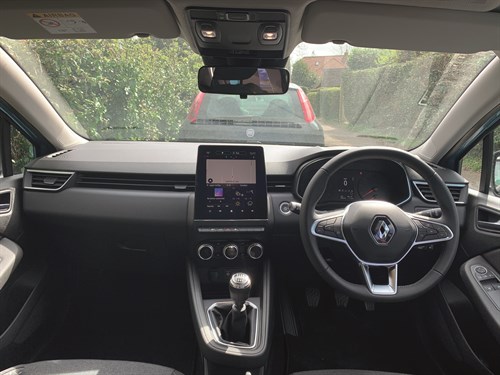 In general, the equipment grades are fairly sensible; each adds £1,000 to the P11D. In addition to the interior upgrades, Iconic also adds 16in alloy wheels, keyless entry and parking sensors. S Edition further adds 17in wheels, electric rear windows, climate control, front parking sensors and a reversing camera. There is also an RS Line, which adds another £500 to the price of the S Edition, but that mainly brings some sporty visual addenda, and few truly worthwhile features.

Now, there is rather a large elephant in the room, namely that for all the diesel Clio's mile-munching capabilities, it arrived the day before the UK went into novel coronavirus lockdown, so all it will be doing for the foreseeable future is ferrying me between my flat and the nearest supermarket a few miles down the road.

Thankfully, the coronavirus epidemic won't last forever and the Clio will be with us until September, so there should still be plenty of opportunity to find out what its economy is like in the long run, and how the comfort and amenities stack up.

With that said, even using it locally, tackling a combination of steep hills and town driving that are normally terrible for fuel economy, the diesel Clio has no trouble cracking 60mpg. I must confess that my heart sank a little when I saw the 0-60mph time of 14.7 seconds on the spec sheet, but in reality it doesn't feel nearly as slow as that. Granted, with its 85hp it is definitely not fast, but the
six-speed gearbox certainly makes it easy to keep the engine on the boil.

I look forward to finding out whether I still agree with that statement in a few months, whether the reliability stacks up, and what the long-term comfort is like. Renault also recently announced it would be coming out with a hybrid version of the Clio, due to go on sale in June, so I hope to get one in at some point in order to compare the two.