Now in its third year on sale, we check out whether the mid-range 3008 still cuts a dash among SUVs. 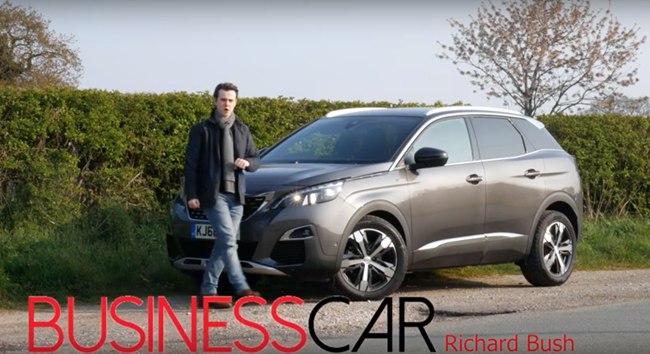 The Peugeot 3008 has gained more accolades than many of the brand's other models, and is regarded as the best Peugeot in a long time.

A fundamental departure from what people expect from Peugeot, and perhaps even prejudices about French cars in general, the 3008 is full of flair and pizzazz.

Similar to its exterior, the 3008's cabin offers a rather futuristic layout that incorporates minimalist design cues. The swooping dashboard, aviator switches and material inlays ultimately make for one of the most stylish and unique cabins in its class.

It has soft-touch materials adorning all the key areas. The main attraction, however, is the 12.3in screen that reaches behind the steering wheel, forming part of its digital instrument display.

Similar to the virtual cockpit layout from Audi, this screen houses everything from speed to sat-nav directions (when specified with navigation) to fuel economy info - and it works in tandem with the central 8in touchscreen. All-in, these two screens work effortlessly together, allowing you to keep your eyes forward when scrolling through songs and phone contacts while driving. These screens are standard on every 3008 model.

Other standard features include dual-zone climate control, DAB radio, rear parking sensors, lane departure warning and autonomous emergency braking. The grade above entry level, Allure, is where most people will end up, as it crucially adds sat-nav and a reversing camera. Our test car was GT Line spec, which injects a pinch more sportiness, with added black and chrome exterior detailing and super comfy, part-leather sports seats.

Practicality in the cabin is almost faultless. The door bins are wide and felt-lined, the cup holders are of a good size and there is tons of space in the central armrest, which has a convenient split opening - a bit like a Mercedes. However, the glove box is tiny due to an imposing fuse box (we did say almost faultless).

Thankfully, the 3008 isn't all mouth from a family friendly perspective.
The rear and boot are just as impressive as the cabin. In the back, passengers will find there is plenty of headroom and legroom for even the tallest of passengers. The optional panoramic glass roof will eat into headroom quite a bit though, so watch out for that. Moving around in the rear is very easy to do, thanks to the flat floor, and there is a fold down armrest with two cup-holders and big door bins for added convenience. Middle passengers may find the centre console a bit intrusive at times as it stretches back slightly at knee height. But unless you sit with your knees tightly together, it won't be an issue.

The boot of the 3008 is one of the biggest in its class. There is almost 600 litres with the seats in place and nearly 1,600 litres with the seats down. And folding the seats down is incredibly easy thanks to boot-mounted levers. Once the seats are folded down, there is a nice flat load bed that can actually be extended by folding down the front passenger seat. There is an adjustable boot floor, too, to eliminate any load lips. So from front to back you are left with a smooth run for long objects.

Unlike some sporty-looking SUVs, the 3008 has avoided the pitfall of trying to be one thing or the other. It is not all-out sporty, but it is not comfortably numb - the 3008 operates somewhere in-between, with a ride that is firm enough to stay planted in the corners, yet comfortable over bumps, and steering that feels light and well-connected, but not exhaustingly excitable.

All-round, this makes for a highly dexterous ride that can pretty much adapt to any road. For the average driver, this will be incredibly reassuring. For those who want some added peace of mind, Peugeot also offers Grip Control, a sophisticated traction control system that helps maintain grip on tricky surfaces. No 4WD is offered until the plug-in hybrid is launched, however.

The 1.5-litre 130hp diesel we tested matches its sensible, yet capable, persona too. There is lots of low-down punch for overtaking and yet its running costs are very agreeable. We managed to get around 60mpg with a mixture of motorway and country lane driving.