The third-generation Ford Kuga looks the part, but we find out what it's like to live with for a week. 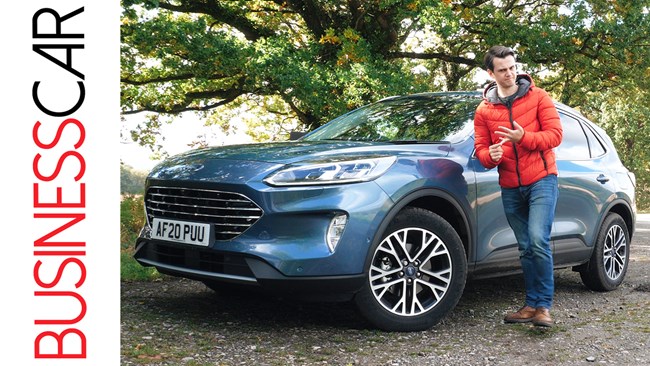 The Kuga has been a solid family car offering since the first-generation model was released back in 2008, perfectly personifying Ford's does-exactly-what-it-says-on-the-tin appeal. So, is it still a practical family car? Well, yes. But is that enough?

The third-generation Kuga deep dives into an SUV market overflowing with competition - from the Kia Sportage to the Volkswagen Tiguan - each with their own lavish and or budget-orientated quirks. Luckily for the Kuga, it's going into this fight tooled up with a new mild-hybrid diesel and plug-in hybrid petrol, the latter of which promises over 200mpg and an all-electric range of 35 miles.

For those after a more conventional powertrain however - or for those who are still a little cynical about the hybrid and electric revolution - Ford is offering 1.5-litre petrol and diesel variants, the latter of which we put to the test.

For the average Kuga customer, boot space, standard kit levels and leg room for lanky teenagers is going to be paramount.

The Kuga does not disappoint. Ford has done an excellent job of ironing out common SUV foibles with the latest Kuga. In the rear seats, space for passengers is vast, particularly when it comes to leg room - so much so that you'll be hard pressed to think of a more spacious SUV.

There's even a chunk of space under the front seats to stow your feet when your legs are stretched out. And with the simple pull of a lever, the reclining rear sets help complete the Kuga's La-Z-Boy appeal. The rear seats also slide back and forth to help accommodate bulky items in the boot.

Other plus points of the rear include a fold down armrest with two cup holders, a three-pin socket on the back of the centre console and, with only a small hump in the floor, middle passengers should find it easy to get climb about and get comfortable. Although tranquil overall, the rear of the Kuga can look a little dark at times, due to its black upholstery and trim, but its large windows help offset that. Also, the door bins in the rear are a little useless. Apart from those small factors, it's pretty faultless.

The Kuga's conscientious ergonomics continue to the boot. While its overall capacity isn't anything to shout about (412 litres with the rear seats pushed all the way back, and 1,534 litres with the seats folded down) Ford's managed to eliminate many common nuisances, with no load lip, a wide opening and a square load bed with no wheel arch intrusion. We also love the levers that fold down the rear seats, of which work rapidly when pulled. The rear seats fold down fairly flat too, allowing you to load long objects.

Something to keep in mind however is that the plug-hybrid model will lose out on a bit of boot space due to battery accommodation, as will any car that carries a full size spare.

The cabin is arguably the Kuga's weakest department, in terms of aesthetics that is. It's predictably Ford, which is to say there's quite a lot of buttons, it's plastic heavy and it lacks fanciful design frills. On the flipside, you could argue that those same qualities make the Kuga simple to use, hard-wearing and. familiar? This wouldn't usually be too much of a talking point for a practical SUV, but with the competition being so stiff, these things do matter.

At least from an equipment point of view the Kuga is spot on. All Kuga's get the likes of an 8-inch touchscreen with sat-nav, Apple CarPlay and Android Auto, parking sensors, wireless phone charging and a ton of safety features. Key additions of the second-grade Titanium model we tested include LED headlights and two-zone climate control.

Practicality is impressive up-front too, with plenty of knee and head room for the driver, and lots of convenient cubbies - although, just like the rear, the door bins aren't great.

Ford has gone for a rather conservative middle ground approach in the dynamics department with the Kuga - but we think that's a good thing.

Its steering is well-weighted, sharp and predictable, but there's a bit of body lean in the corners, which is mainly due to its forgiving suspension - and the Kuga's SUV stance, of course. The steering becomes a little floaty and vague when cornering at speed too. In other words, if you're driving like a maverick, the Kuga will politely remind you to rein it in.

The 1.5-litre 120hp diesel we tested is of a similar ilk; it does what it's supposed to, to a sensible family car standard. Sure, it lacks a bit of oomph, especially lower down the rev range, but it packs enough punch for an overtake if need be and you're unlikely to notice its lack of torque on the school run.

You don't buy the 1.5 diesel for power though, it's all about the economy figures. On average, with a mixture of different driving, you'll realistically get 50-55mpg - and its CO2 figure of 134g/km is great for a car of its size.

Figures correct as of October 2020.