Five months after trying the petrol version of the new Audi Q3, we get our hands on a diesel. 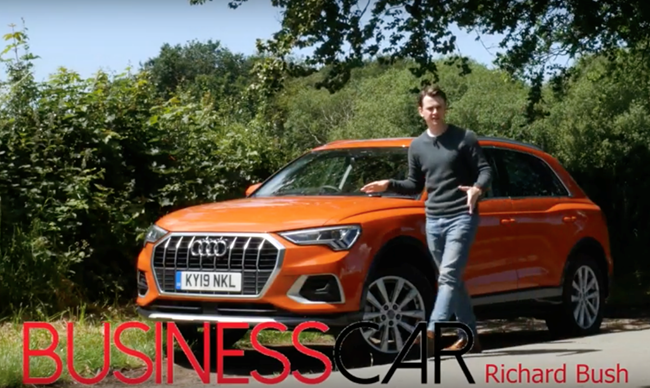 Now in its second generation, the Q3 seeks to offer a more rounded package as it looks to stake a claim in the saturated SUV market. Our first encounter with the car earlier in the year was in one of the petrol versions, but we have since got behind the wheel of a diesel - clearly still a preferred choice for fleets.

Although it may sit towards the bottom of Audi's SUV range, at least in terms of size and price, the Q3 still feels like it is cut from the same cloth. As well as being adorned with Audi's typical splashes of chrome here and there, the cabin is dominated by a large central touchscreen and a 10.25in screen behind the steering wheel, both of which are fitted as standard.

And before we go on, the appeal, usefulness and uniqueness of these screens - and how they work in tandem - cannot be overstated from a driver's perspective. If you are after that one feature that makes you feel like you have splashed out, then it will likely be this. These screens are fully customisable, complete with slick animations and logical controls.

However,  it feels like some of the Q3's finishing touches are a little behind its bigger SUV brothers in terms of quality. Steering wheel-mounted controls have a cheap-sounding click to them, and there are large areas of button-less plastic, as well as plastic trimmings that clearly look like they should be metal.

Even with its tech-savvy layout, the Q3 is still fairly practical up front, with huge door bins, adequate armrest and glove box storage, and both type A and type C USB charging ports.

Overall space in the rear of the Q3 feels more akin to a large SUV than a small one, and its party trick is its sliding and reclining rear bench, which allows for greater flexibility when it comes to comfort.

The boot impresses too, with up to 675 litres of space with the seats in place and more than 1,500 litres with them down. The Q3's got a long list of small, but useful characteristics built in too, including a low loading lip, an adjustable boot floor - which can be wedged up in place for easy under-floor loading - and shopping bag hooks.

The only slight nuisance is that you have to use pull cords on the base of the rear seats to fold the rear bench down - which you can't reach when you are around at the boot.

Although our test car came with an optional adaptive damping set-up, with 'comfort' and 'dynamic' modes making the ride softer and firmer respectively, the standard ride settings will suit most.

A welcome feature is its progressive steering, which makes tiresome manoeuvres like three-point turns less labour-intensive, as it requires less input from the driver compared with a traditional set-up in order to move the wheels. It comes in handy when tackling twisty roads too.

We tested the 2.0-litre, 190hp diesel variant - labelled by Audi, confusingly, as the 40 TDI. This higher-powered diesel comes fitted with Quattro four-wheel drive as standard and plenty of low-down pull, and will serve you just as well when cruising on the motorway as it will when completing an overtake. A 40mpg-plus motorway figure is one of its biggest boons.

The 2.0-litre TDI comes mated to an S-Tronic automatic gearbox, which can be a little hesitant when darting out of junctions, but is slick to change up and down when out on the move.

The diesel does have a bit of a hum at lower speeds, but it quietens down when you get up to speed.