The Ssangyong Rexton remains an off-road-centric SUV. But is it worth a look if you want something a little different with seven-seat practicality? 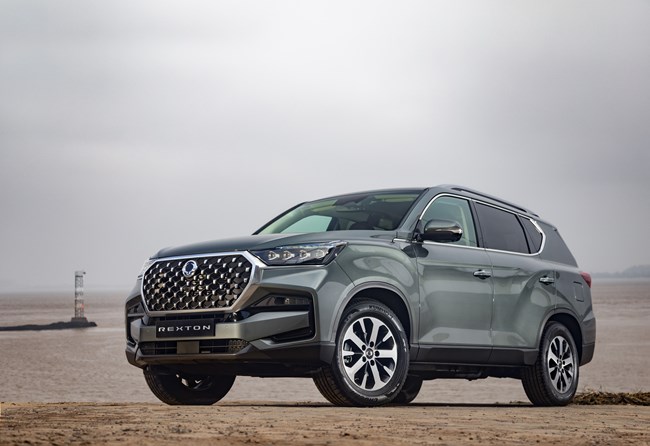 As a brand, Ssangyong is still a fairly  unknown concept to UK buyers. Those that have heard of it, will likely know only of its Tivoli - mainly because it belongs to the now ubiquitous crossover marketplace. So, it's understandable why the rough-around-the-edges seven-seat Rexton 4x4 is often overlooked. The South Korean brand is keen to change that with an updated Rexton for 2021.

It's important to remember, however, that the Rexton is very much an off-roader first and foremost, with an impressive track record of handling itself in the rough stuff. And, while it may attract those looking for a seven-seat family car, it's probably more comparable with the spec sheet of a Land Rover Discovery - albeit with a much cheaper price tag.

From the outside, you'd never guess that the Rexton was a stranger to the popular car market, with a huge, distinctive grille and strong body contours that place it somewhere between the Kia Sorrento and Hyundai Santa Fe in the looks department. Step inside and the dashboard is reminiscent of a slightly ageing German SUV, with a mix of scratchy but versatile plastics and a few leather inserts. For a modern SUV, it's a little dated, but for an agriculturally-conscious 4x4, it's perfectly fine.

Regardless of how you feel about the Rexton's interior design, there's no denying that it's equipped to meet modern demands, with the flagship Ultimate model offering Apple CarPlay and Android Auto, satnav, a 3D surround view camera, leather seats and a host of autonomous safety technology. There's also two impressive infotainment screens; a centrally-mounted 9.2in touchscreen - which is razor-sharp - and a 12.3in instrument cluster behind the steering wheel. Although these screens aren't as refined and customisable as those you'd find in an Audi, Peugeot or Mercedes, they still offer a variety of useful graphics and menus.

The Rexton remains as practical as ever with lots of leg and head room in the rear - and thankfully, the transmission tunnel is almost non-existent, meaning it can seat three adults side-by-side and moving about is easy to do. The rear bench reclines for added comfort and rear passengers even get a heated seat function - oo-err. The Rexton's practical party trick, however, is how its rear bench flips forward to allow easy access to its rearmost seats. And those seats are perfectly adequate for adults up to six foot.

With all seven seats in place, boot space is limited, but fold the sixth and seventh seats down and you get around 800 litres - and you can achieve van-like storage by folding the middle seats. All seats fold down fairly flat, with a false floor near the boot lip to facilitate a smooth loading surface right the way through.

Before we talk about the Rexton's SUV-like refinement, well, lack thereof, it's worth reiterating where its priorities lie on the road (or off it in this case). Mechanically, the Rexton shares a lot with its Musso pick-up truck sibling, with a traditional ladder chassis. This sits alongside a dial selector with a variety of off-road settings, including high and low-ratio four-wheel-drive modes, to offer go-anywhere appeal. Combine that with its 3.5t towing capabilities and you've got some serious mud-plugging clout. Features like a Trailer Sway Control system, new for 2021, add extra finesse to the Rexton's burly potential too.

But it's not without compromise. While the 2.2-litre diesel pulls well from low down, overall it's very noisy and unrefined, with the engine's roar only fading into the background when up to speed on the motorway. The eight-speed automatic gearbox leaves much to be desired too, leaving you in the lurch when needing to quickly nip out at junctions. Then there's its luggage-shifting body roll, fidgety ride, indistinct steering and wallet-emptying 30-35mpg fuel economy. These aren't unfamiliar qualities in the world of field-traversing 4x4s, far from it, but they will be impermissible for budding SUV customers used to well-refined, well-rounded soft roaders.