A new survey of EV drivers shows that it is time to start thinking about where and how charge points are installed, rather than just the number. 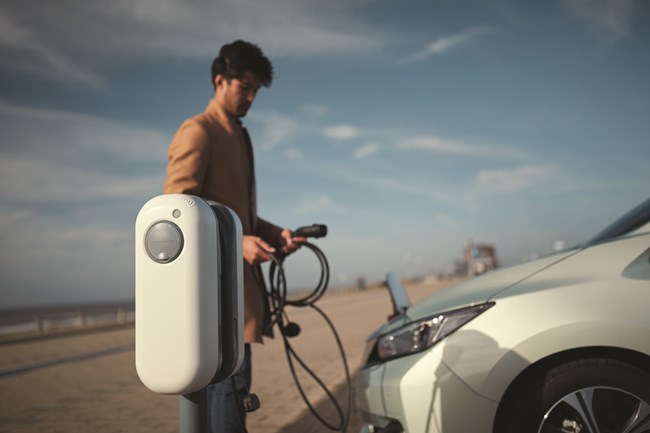 With increasing numbers of charge points for electric cars installed across the country, the issue is shifting away from the number, and moving towards their availability. This is one of the key findings from a survey of plug-in vehicle owners by charge point company Newmotion.

CEO Sytse Zuidema (pictured) explained: "What stands out is not so much range anxiety, but more the availability of charge points. What we see popping up more now is [people thinking] 'I am not sure that the charge point that I know is there will be available when I will get there'. Drivers have faced situations where they needed a top-up, they knew there was a charge point there, but it wasn't available."

Newmotion produced the survey on the occasion of the company's 10th anniversary, and took the opportunity to show off some of its latest charging technology at an event in Amsterdam. 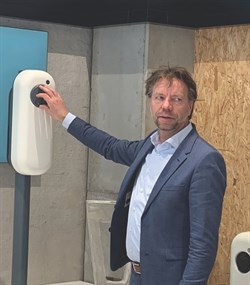 It asked 4,492 drivers in the UK, Germany, France and the Netherlands about their charging habits and their concerns around electric mobility, and the results show a number of areas where the UK can learn from other European countries.

In terms of the adoption of electric company cars, it is a problem that only 29% of British respondents reported they had access to a charge point at work - compared with 72% in the Netherlands. This may be related to electric vehicles (EVs) generally being bought privately in the UK, whereas other countries have a higher proportion of business users.

Country-specific incentives have a big hand in this, of course, and the business and fleet take-up of EVs will no doubt be stimulated by the shift in BIK tax from 6 April - when EV drivers will pay no BIK tax.

Not being able to charge isn't the only issue EV drivers in the UK have to cope with. According to the survey, only 11% of plug-in car owners in Europe park their car on the street. Given many more people in the UK have no acces to off-street parking, there is a special need here for solutions that cater for those drivers.

Roadside chargers and lamp post chargers are frequently mooted as a solution. Indeed, the government announced in January that it is investing £10 million in the installation of charging points on residential streets. However, Tom Callow, head of external affairs at BP Chargemaster, told attendees at the launch event for the Mini Electric that roadside charging is probably not the answer, saying, "It is going to add a lot of clutter to streets", and that, as charging times drop, charging hubs - similar to petrol stations - will become the dominant way people in urban areas charge their cars.

Once chargers at office car parks become more common, the grid - both the office's network and the wider local grid - will come under more strain. Newmotion believes smart charging will provide the necessary relief. Smart chargers are connected to the internet, and can automatically start charging and shut off depending on when tariffs are lower, and how much strain there is on the grid.

Zuidema said: "Smart charging is an essential part in the future to cope with bottlenecks in the grid. We know that when 10% of people have an EV and they all charge them at night when they are at home, you will probably have bottlenecks somewhere in the grid, but there is also no necessity to all charge at the same time. Smart chargers can deal with that."

The next step on from smart charging will be V2X or vehicle-to-everything charging, where the charger can take energy from the battery pack and use it for other applications, in particular selling it back to the grid to help the infrastructure cope with periods of high demand. However, although Newmotion says the technology itself is
production-ready, it is still very expensive, and only cars with CHAdeMO-type
plugs currently support bi-directional charging, meaning V2X charging is still a few years away.